Researchers say councils need to be doing much more to ensure homes and buildings aren't wiped out when a mega-tsunami eventually strikes the east coast of the North Island. 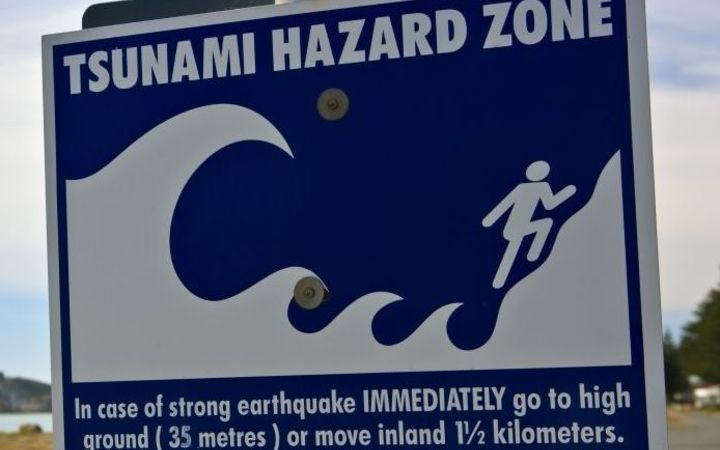 It's predicted an earthquake in the offshore Hikurangi trench will trigger a one-in-1000-year tsunami - swamping up to 300 kilometres of coastline from Te Araroa down to Wellington and around the Cook Strait to Paraparaumu.

Civil Defence has the job of mapping its possible impacts and getting people ready to evacuate, while according to local government New Zealand, councils should be ensuring buildings and lifeline infrastructure are built to cope with natural hazards, and their land use doesn't put communities at risk.

But recent research by Miles Crawford from Massey University's Joint Centre for Disaster Research suggests councils are putting that job in the too-hard basket.

After sifting through council policies from Wellington, Hawke's Bay and Gisborne - he found only two of 10 councils in the firing line were specifically considering "tsunami risk" as they developed land, future-proofed infrastructure, and issued building consents.

That's possibly because councillors were dismissing expert advice to focus on more immediate problems, he said.

"If some planner or researcher turns up and says, 'don't do that, that's really dangerous', they're going, 'I've got all of these age-care houses that are going to attract people and develop a certain community that was just a bit of nothing before,'" he said.

Crawford said it was clear natural hazard management was important for councils, wih a lot of general references to risk in the documents he studied.

But there were also psychological factors at play like the 'cognitive bias' of decision-makers - or tendency to assume it wouldn't happen in their lifetime.

"They can take advice from people but that advice is always skewed by their own personal perceptions of what the risk is," he said.

In high risk coastal areas in the Hawke's Bay, deemed tsunami red-zones by Civil Defence, there's 37 baches under construction at a new Tangoio Beach development and dozens of homes cropping up in Te Awanga.

These are the types of places where Crawford said councils should be considering tsunami risk, before giving construction the go-ahead.

The companies behind both these developments declined to comment to RNZ, as did several others building in high-risk areas around the North Island.

But property investor and developer David Whitburn thought tsunami risk should at least be highlighted in LIM reports given to potential buyers.

"That balances the low frequency with the risk of progress and not diminishing land values. It gives the power to the buyers. If people are aware of the risk, that way that their own decision," he said.

But Local Government New Zealand president Dave Cull said that was not the way owners and developers would see it .

"The owners of the land in many cases, will say, by registering this hazard on the LIM, you're effectively de-valuing our property," he said.

Geraldine Murphy, a spokesperson for the residents' association Inner City Wellington, wasn't particularly concerned about the lack of tsunami-risk policies in place, because of the toll it could take on rate-payers.

She said central government should be having more input, to help councils manage natural hazard risks.

"The cost of responding to that risk of a destructive tsunami, for an existing community, is just so big," she said.

"To have a lot of stuff done centrally and promulgated out through the local authorities would be much more cost effective way of developing a consistent approach."

The Resource Management Act is being overhauled and she hoped it would make councils acknowledge specific threats like tsunamis when they give out building consents.

But Saunders said in a geographically active country it was important to take a pragmatic approach to how all natural disasters are managed.

"If you're going to plan for no risk, then you wouldn't put any developments anywhere, pretty much. Because areas are usually subject to some sort of something like flooding, landslides, active faults, coastal erosion... so it's about smarter developments, not necessarily no developments," she said.

Saunders said now was a really good time to be considering how the country protects itself against natural disasters, with more information and tools to help than ever before.

Data for the Massey University Joint Centre for Disaster Research study was collected in 2018 and another researcher, Professor David Johnston, said councils had done a lot of work to better understand tsunami risk since then.

He said there'd been vast improvements in the past ten years in the way councils prepare for natural disasters.

"But they still need to get better," he said.

This story was made possible through the Aotearoa New Zealand Science Journalism Fund.