Confusion has been mounting over the tsunami alert system after false alarms from Fire and Emergency triggered panic and evacuations in the Bay of Plenty. 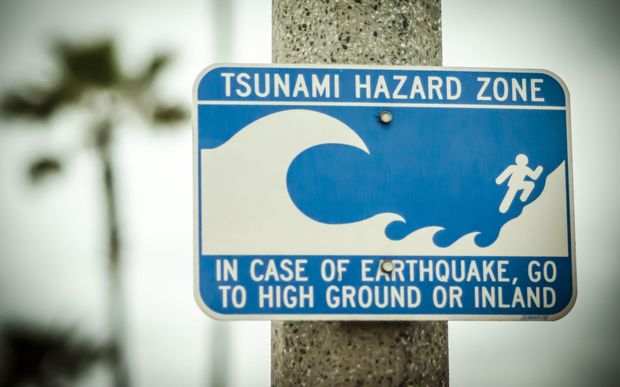 On Sunday night, sirens sounded from Tauranga to Waihi with many members of the public taking them to be a tsunami warning.

However, director of emergency management for Bay of Plenty, Clinton Naude, yesterday told Morning Report that Civil Defence did not have any sirens for the area where reports came in.

"We had some reports of some of them being potentially from Fire and Emergency New Zealand's fire brigade, who use siren networks to activate volunteers to callouts."

Fire and Emergency yesterday apologised to Bay of Plenty locals, saying the alert was sent out due to an issue with one of their "legacy systems" and patches had been put in place to ensure no further alerts went out.

Although, Fire and Emergency's sirens can be connected into a regional emergency response system as well as nationwide civil defence alert system if needed.

The false alarm has prompted reminders on how the system works, and what people should do if they suspect a siren to be a tsunami alert.

Who controls the sirens?

While NEMA is the authoritative voice for communicating if there is a tsunami risk that affects the country, Stuart-Black says sirens that can issue tsunami warnings are triggered locally.

"While nationally I'm responsible for issuing those warnings, locally, Civil Defence Emergency Management groups - so that's the consortia of local authorities within a regional council boundary or unitary authorities - they're responsible for determining when to evacuate communities.

"But they also know some of the challenges ... or where there may not be good cellphone reception and making sure they work out what's the best way to communicate."

Where local authorities have decided to invest in sirens for tsunami warnings, there's a technical standard issued by NEMA that they must adhere to for consistency.

The standard addresses the required siren signal, the meaning of sirens, and the requirements for their operation, and stresses that they should be only "one component within a wider warning system".

When do they go off?

A siren that emits a warning of an approaching tsunami is considered to be an official warning via the Civil Defence Emergency Management Group (CEDMG), which may also choose to put out warnings by other means, like through radio and PA systems.

However, official warnings - which also include NEMA and local council alerts - are usually an option just for two types of tsunamis; distant and regional, for which there can be hours of time available before impact.

Whereas local tsunamis only allow a small window of opportunity for any official warning to be sent out, and may hit before this happens.

Hawke's Bay's CEDMG says they never use sirens and stingers to warn for a local-source tsunami in area.

"The only warning for a local-source tsunami is a large earthquake. If an earthquake is longer than one minute, or could knock you off your feet, immediately evacuate away from the coast."

In these situations, people may receive unofficial warnings from locals (word of mouth) which they would need to verify, or look out for natural signs of a tsunami approaching.

The smartphone Hazard app, emergency mobile alerts, verified authority accounts on social media, and TV and radio may also be other ways for which to verify if a siren is in fact a tsunami warning.

What does it sound like and what should you do?

When a siren sounds for a tsunami, it don't necessarily mean people need to evacuate but it's a sign to seek more information about the level of threat.

When there is a tsunami warning, the siren will sound intermittently and the strobe light will flicker throughout.

Listen here to a sample of the siren for a tsunami.

Why doesn't New Zealand have a nationwide tsunami siren system?

Hawke's Bay CDEMG states on its website that the "Ministry of Civil Defence and Emergency Management, GNS Science and New Zealand's Tsunami Working Group all agree with international best practice - that tsunami sirens are inappropriate as a warning system in regions such as Hawke's Bay that are subject to local-source tsunamis".

NEMA director Sarah Stuart-Black told Morning Report sirens posed a lot of challenges, and local authorities that used them should understand the pros and cons.

"They need regular training about what do these sounds actually mean, they need to be kept maintained so that they will be used in the worst case scenario.

"But the challenge is if you had an earthquake that was quite close to the coastline, that the sirens could be damaged themselves. So the evidence shows that people can become reliant on sirens 'oh the siren didn't go off, so there can't be a tsunami threat'.

"We saw some of that after the great tsunami in Japan in 2011, is that people were relying on the fact that sirens would go off. So they're not a sure thing."

Stuart-Black said a multi-channel approach was one of the best ways to ensure messages get out to everyone.

"We know that over half of New Zealanders, their first point they come to for critical life safety information is radio.

"We know that by providing information through radio, TV, online and social media, and then have the ability to push out a message that doesn't get queued up, which is what happens with the emergency mobile alert, we can do a nationwide message and get it out to everyone straight away.

"Whilst there are no silver bullets with any of the mechanisms we use, it's why we have a multi-channel approach to communicating with the public."

She said the national tsunami arrangements were stronger than ever, thanks to the combination of developed science and technology that inform decision-making.

New DART buoy technology was also helping with deep ocean assessments, to determine when there was a threat on the coast lines, she said.