Six people have been rescued after their waka ama broke into pieces off the Northland coast today. 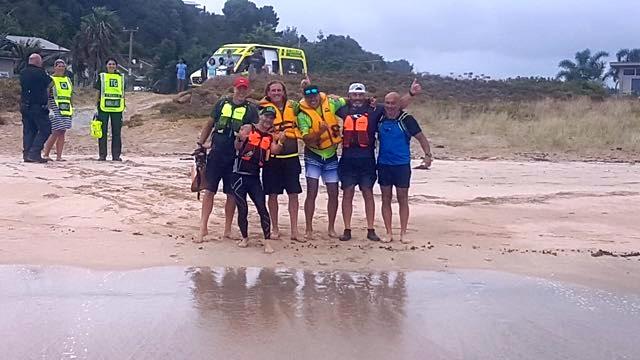 The waka ama crew back on land, after the rescue. Photo: Supplied.

Coastguard says it received a distress call just after 9 am, and a helicopter and Coastguard volunteers reached the area just over an hour later.

The searchers found the paddlers in the water with the broken waka, off Taronui Bay, north of Kerikeri.

The six paddlers were checked over by a waiting ambulance crew, and there were no major injuries.

A volunteer skipper who helped pull the waka ama team to safety says they did everything right to keep safe.

Coastguard volunteer skipper Robb Henry says the group were about 1.5 kilometres from shore, but were easy to find as they stayed with their broken waka.

"We were able to see them clearly... they were all wearing lifejackets, they all stayed together with the vessel and used a locator beacon and also used the VHF radio. From our point of view it was a job we could complete.

"They were pleased to see us," he said.

Henry said the arms between the waka and the outrigger appeared to have broken, but the vessel had not sunk. 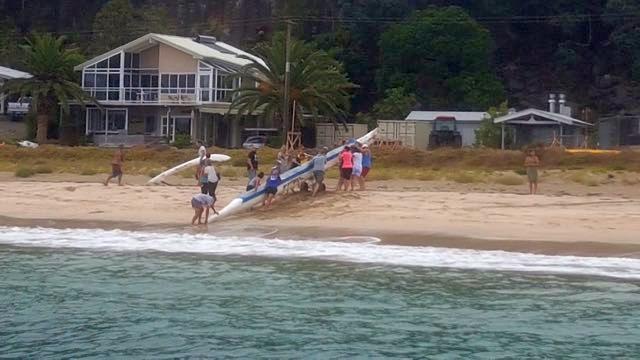 The waka was towed back to shore. Photo: Supplied.

He said a local boat towed the broken bits of the waka to shore and locals helped drag the pieces up the beach.