Auckland Transport is planning on converting its CityLink fleet to electric buses from the end of the year. 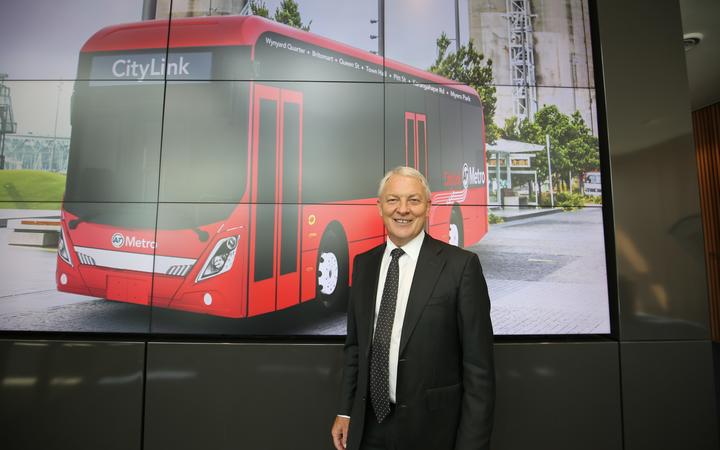 Mayor Phil Goff with an image of the electric bus. Photo: Auckland Transport

It has agreed along with NZ Bus to bring in 12 new electric buses from Zhejiang CRRC Electric Vehicle (China Rail).

Mayor Phil Goff said this was the first step towards replacing the rest of the city's fleet.

"Two years ago, I committed Auckland to ensuring that all replacement buses purchased from 2025 are non-carbon emitting," Goff said in a statement.

"We worked with NZ Bus to see how an e-bus would cope with the stop-and-go nature of this route around the city and it came through with flying colours.

NZ Bus chief executive Barry Hinkley said this was the first phase in a "large number" of electric buses they plan to bring in as replacements.

The introduction of the new fleet would stop emissions with the equivalent of 915 typical New Zealand homes' electricity use for one year.

Goff in his statement said it was a priority to address the issue of black carbon, especially on Queen St where levels have been higher than in some major European and US cities.

"This announcement is a small but crucial step forward as we lead Auckland's response to climate change," Hill said.