A Gisborne woman who has taken over the care of six children removed by the state says they were traumatised by the process. 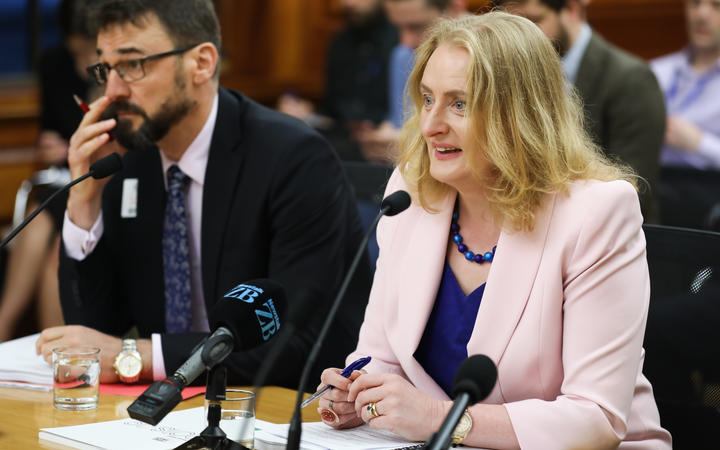 She and other advocates are backing calls for Oranga Tamariki to provide more support and resources for whānau who have had children removed and for those caring for them.

It follows a major Māori-led report into Oranga Tamariki released today, which supports a complete overhaul of the Ministry.

Anna and her partner already had four children of their own when they made the decision to become caregivers to their six nieces and nephews.

She said all of the children were removed without notice while they were at school or kindergarten, a process which left each of them scared and traumatised.

"The challenge for me was to understand the children who were coming in with trauma I have never had to deal with before, that was the hardest thing.

"One was at kindy, granddad had gone to pick her up and there was a big confrontation with Oranga Tamariki in front of the entire kindergarten," she said.

"It is indescribable to be honest how it was for them ... scared, not knowing what's happening."

The new report - spearheaded by Whānau Ora - looked into the experiences of more than a thousand whānau, many of whom described the process of having children removed by the state as intimidating, violent and traumatic.

One of its recommendations was for the Ministry to provide greater resources and wrap-around support for whānau, including a new national help desk for those seeking immediate guidance.

"We had all these offers of support but there was nothing," she said.

"No one got counselling until October, some missed out on counselling or any form of it. We used our savings in order to get clothes and food. We asked for a couple of blankets and we're still waiting for those blankets."

Kathyanne Pedersen, a whānau support worker, agreed more support was needed, especially for whānau who have had children removed.

She said many whānau don't know how to access support services, or understand how to navigate the child welfare system.

"They want somebody to help them when they're in crisis like that, going in, getting them legal representation, having meetings all the way through to the area managers to work out better ways of being able to have relationships with these families."

The report recommended a structural review of Oranga Tamariki policies and practices, which takes into account the role other agencies play when a child is removed.

It also wants a Māori funding authority to be established, to ensure iwi and other Māori-led organisations are at the forefront of the process.

Pederson said Māori could no longer take a back-seat.

"The Māori that are working within the Ministry are not being heard [and] their impact has not had any viable impact, obviously. Māori need to be leading the Ministry."

This is the fifth inquiry into Oranga Tamariki since the Ministry tried to take a one-week-old baby from a Hawke's Bay mother last year.

The Minister for Children Tracey Martin said it validated what she already knew about persistent inequities in the system, and she assured people Oranga Tamariki was working hard to eliminate them.

"Oranga Tamariki has actually created strategic partnerships with some of the largest iwi in the country," she said.

"I've got the Child Youth and Wellbeing unit inside Whakatāne, Rotorua and Whanganui to say, what is it that we need to put into place to allow you to actually support your family so children don't need to come into care?"

But whānau advocate Tuuta Ngarimu said those efforts had not gone far enough.

"We're still seeing whānau who are not sleeping at night, thinking that at any minute the doors are gonna get kicked in and that's after July when the new Act came out," he said.

"We need to step totally away from trying to fix the Oranga Tamariki model and come up with our own model of looking after our babies."

Hector Kaiwaim - who headed up the team that recorded the whānau experiences with Oranga Tamariki - told Checkpoint a lot of whānau talked about when they got into a situation where there was an uplift, and said that they had nowhere to turn and no support.

"When they did end up in the system a lot of them lacked either legal resources or resourcing. So a lot of them were not in a position to take on Oranga Tamariki.

"I think it's almost like a similar situation to what's been happening in America where we have African-American community where they have people ring the police on them for doing very mundane things like barbecuing, or going for a swim, or shopping.

"And it would be the same for the mothers that we spoke with. A report of concern would be made because they forgot to empty their trash or their trash bin looked too full."

He told Checkpoint Whānau Ora would verify stories from people by talking to providers - district nurses, social workers, and other sources of whānau experiences.

"The stories that really stuck out for me were the ones from state survivors.

In response to the question of whether the alleged armed police uplift was correct, Whānau Ora researcher Hector Kaiwai told Checkpoint he trusted the whānau and providers that spoke to Whānau Ora.

The Waitangi Tribunal, the Ombudsman and the Children's Commissioner are expected to release the reports of their own inquiries into Oranga Tamariki by the end of the year.