The clean up at SkyCity convention centre in Auckland is still underway three months after a fire raged through the building. 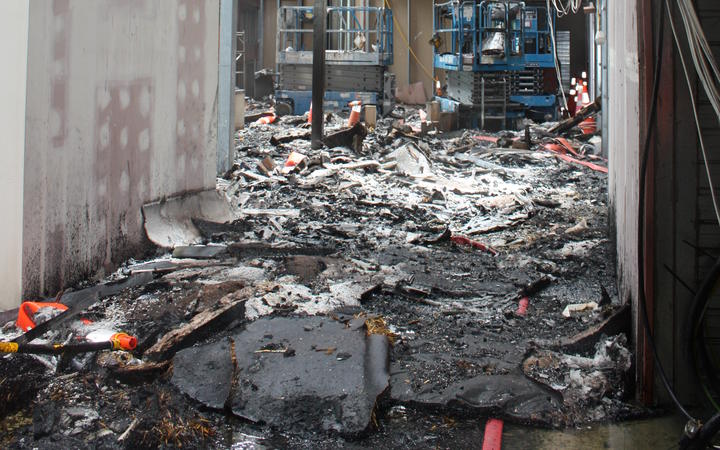 About 200 workers a day are still cleaning up after the fire that damaged the SkyCity convention centre and hotel on 22 October. Photo: Fire and Emergency New Zealand

Fletcher Construction expects the removal of fire damaged materials from inside the convention centre will be a complex process that will take time to complete.

The company said about 200 workers were at the site each day and materials needed to be taken out of the building without causing further damage.

There are still environmental and safety hazards to navigate after the fire that broke out on 22 October.

Insurers will pay out for the damage caused by the fire at the construction site for the International Convention Centre and Horizon Hotel, SkyCity Entertainment Group said.

The cause of the fire that started at the top of the building and quickly spread is still being investigated.

Hundreds of people were evacuated from the precinct and city streets around the site were closed for several days.