Many families will be breathing a sigh of relief as the school returns that they will not be asked to cover expensive school donation costs. 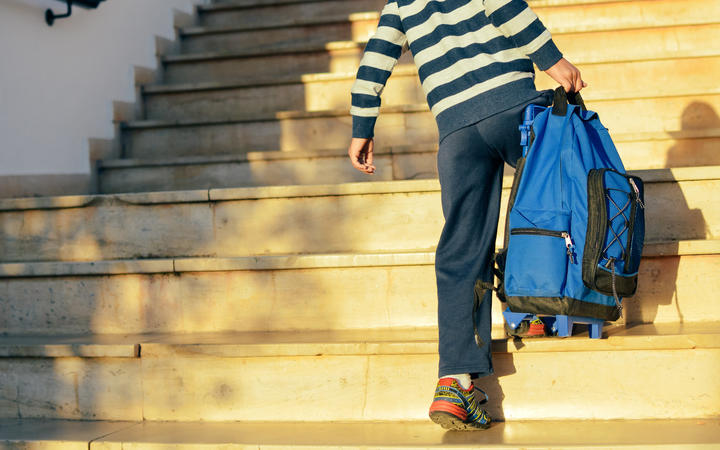 The 'no-donations' policy brought in by the government last year means it will pay $150 per student to low decile schools in lieu of a donation.

The scheme will cost $63.6 million and is a boost to the budget of many schools. The government money will go to more than 1585 decile 1-7 schools, which can find it difficult to raise funds from their communities.

Christchurch solo mum Dayna Clark knows all too well what the financial pressures of a new school year can like.

"There's stationery and uniforms and things like that ... it's very hard to maintain. Especially the expensive uniforms. The scheme would definitely help a lot... just being able to go out and get the stuff without having to save up for it."

The average school donation in New Zealand is $147.75.

Covering that cost is massive for many families - and the opt-in no donations scheme aims to help with the back-to-school struggle.

New Zealand Principal Federation National President and Hastings School Principal Perry Rush said it would make a major difference, but he was gutted higher decile schools were missing out.

"We're taking about an additional $60,000 worth of income. We are expecting to be able to pass on about $100 per family in terms of savings ... variable for varying schools depending on the programmes they offer," he said.

Clark said an extra $100 dollars in her pocket meant a chance for her kids to join extracurricular activities and have more opportunities.

Many parents will still have to pay for their children's stationery and uniforms, but some schools were going above and beyond for some of the estimated 250,000 New Zealand kids living in poverty.

Rush said he would like to see the government look into covering costs of school camps which is a staple experience for kids growing up in New Zealand, because many families found that unaffordable which meant their children would miss out.

For the last five years, Palmerston North's Ross Intermediate School has provided stationery to its students for free and removed costs for sports.

Principal Wayne Jenkins said "we've made the conscious decision to not charge our students and ultimately our community for sports activities, stationery and costs related to delivering the curriculum ... students can do so without feeling a burden on their family."

He said although it may be unattainable for some schools, he believed investing in a child's life and relieving the pressures of back to school stress must be prioritised.