Two people have been charged over the death of a man in the Lower Hutt suburb of Taita last weekend. 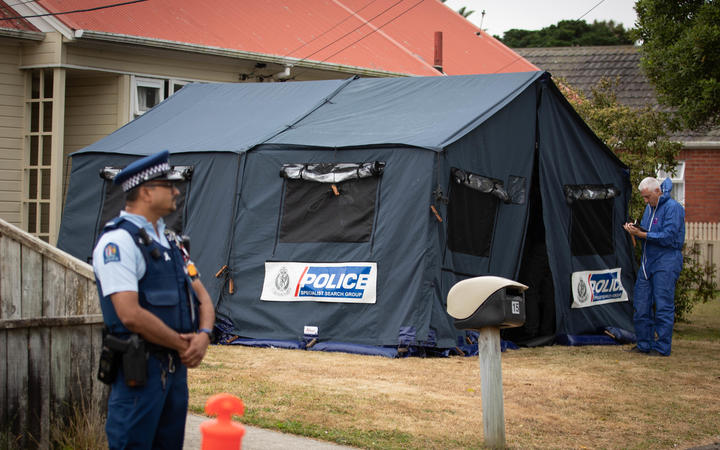 Police at the scene of the investigation on Monday 27 January. Photo: RNZ / Patrice Allen

Davis Phillips, who was 56, was found lying on a street corner early on Sunday morning with critical injuries, and died soon after.

A 40-year-old woman has been charged with murder, and a 39-year-old man with wounding with intent to cause grievous bodily harm.

Both appeared in Hutt Valley District Court today and were granted name suppression.

They will appear in the High Court at Wellington next month.