Punakaiki people who want a community centre have mounted a blistering defence against a handful of locals who questioned their motives. 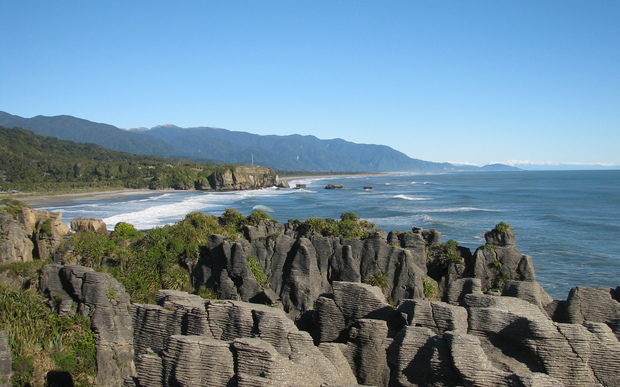 A Department of Conservation (DOC) hearings panel heard submissions in Westport yesterday on an application by the Buller District Council to use stewardship land at Dolomite Point, for a Punakaiki hall.

The project has majority support (64 submissions in favour, versus 21 against).

Some objectors including local publican Ian Ryder argued it had been pushed by a small, secretive group who failed to consult the whole community, including local businesses.

Ryder submitted that the group's 'hidden agenda' was to gain the use of a facility, including an industrial kitchen, for commercial gain without putting their own money into it. Ryder said it was a form of fascism.

Members of the working group who have liaised with the council and the public over the project took exception to the claims, and those of some other objectors at the hearing.

Punakaiki resident Tony Sole said he had a degree in political science and offered to give Ryder a free tutorial on the nature of fascism.

"Honest people have had their integrity impugned, maliciously and falsely," Sole said.

The 'hidden agenda' claims were straight out of the Donald Trump playbook and were outrageous and defamatory, he said.

"If you have a second-rate team, you try to take out the opposition's lead player, instead of playing the ball," he said.

Some people had raised concerns about parking, and the Barrytown Hall committee was worried a Punakaiki venue would poach their musical events.

"I can guarantee we would viciously oppose any suggestion of that - we love going to the Barrytown Hall," Sole said.

Those were 'civil' submissions, and people who had made personal attacks were like a bunch of piglets squealing in a barrel, causing alarm over nothing, he said.

Marie Elder, who spoke on behalf of six others, said she was a proud member of the working group advocating for the community centre.

"I am astonished and bewildered by the anxiety and hostility of a few," Elder said.

"These are false accusations and I have the documentation here to refute them."

Papers tabled by Elder included the history of council consultation over the Punakaiki master plan, including the proposed centre.

Elder said she and others had essentially been accused of corruption. She called on DOC to demand the evidence from her accusers to support that because they had supplied none, she said.

With about 30 submitters sweating it out in a small Tai Poutini Polytechnic meeting room in high summer, Elder said the need for a purpose-built neutral venue in Punakaiki was obvious.

"Why is today's meeting not in the tavern, for instance?" she asked, to a ripple of amusement from the room.

Two submitters with food businesses said they had felt personally targeted by some of the submissions, which they felt implied they wanted a free commercial kitchen.

"I utterly reject this claim of hidden agendas and personal gain - it's paranoid and insulting. None of us has any aspiration for commercial activity at the centre," Angie Stenning said.

She told the Greymouth Star that would make no sense because their products were sold from mobile units at major sports events and concerts in New Zealand and Australia.

Andrew Beaumont, who runs the Rusty Cup Cafe at Fox River, also said the rumours about plots for the commercial use of the hall were baseless.

"The [Fox River] market people just laughed at that - they have no intention of moving. But we do all need an independent space for meetings and classes and so on. The challenge has always been the land space."

Other supporters of the proposal said a hall was needed to hold yoga, meditation, music and play groups - as well as events involving local democracy.

Robyn Reid, who has run a small FM music station for the Punakaiki area from friends' sheds and garages since 1997, said a hall might finally give the station a permanent home.

Bruce Stuart-Menteath challenged the use of stewardship land for the hall.

"The Conservation Act does not allow this to be destroyed for a community centre and the Act must be followed."

He also took issue with supporters who backed the site because it was high and dry and not vulnerable to sea level rise like the rest of Punakaiki.

"If Punakaiki is gone why would there be any need for a community centre?" Stuart-Monteath asked.

DOC partnership manager Barry Hansen said the hearing panel would collate the information from submitters, and analyse it in light of what the Conservation Act had to say about the use of stewardship land.

A report would then go to DOC's West Coast operations director for a decision in about two months, he said.