The Green Party is criticising the government for its lack of delivery on a promise to ban some aspects of rodeo. 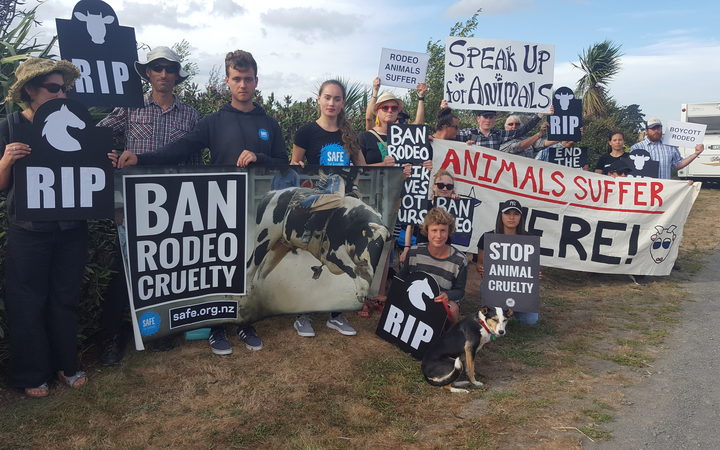 The Labour Party said it would ban flank straps, calf-roping and several other elements of rodeo if elected, but it hasn't followed through.

A video of a rodeo show in Gisborne in 2018 shows a bull bucking in an attempt to get out of a flank strap, before snapping one of its hind legs.

The investigation of that incident is also being criticised, because new documents show the only person interviewed was a sponsor of the event.

In the video, the rider comes off and then cowboys surround the kicking bull, sending it into a spin.

After one kick, it comes down and its left hind leg snaps, dislocating its hock.

About half an hour later the animal was put down, shot by a vet.

"It's horrific," he said. "You've got this bull being chased out of the chute, bucking wildly because of the flank strap. It's scared because it's surrounded by people which is technically called ambushing the animal, and as it bucks off the ground you can see it break its leg.

"You can see the incredible pain it's in. It's still trying to flee from the people while having this broken leg.

What the video highlights, according to Hughes and anti-rodeo activists, is why flank straps should be banned.

Before the 2017 election, the Labour Party said it would rid rodeo of electric prods, flank straps and the use of younger animals.

"I think it's incredibly disappointing we haven't seen previous pre-election promises followed through to end the use of flank straps.

"We've seen animals die under this current government, at rodeos, for sport, for entertainment.

"It's incredibly cruel, and it shouldn't be happening in a modern New Zealand that says it cares about animal welfare."

Damien O'Connor, the Minister for Primary Industries (MPI), did not respond to the issue of why Labour hadn't banned flank straps but said an experienced vet was required to attend all rodeos.

He was confident they were well regulated and generally functioned well.

But it was nothing to do with the flank strap, he said.

That was a piece of harness like any other equestrian sport and it did not hurt the animal, he said.

It just helped the animal to buck in a "more straight and higher fashion".

He said the reason the government had not banned flank straps was because it had investigated them and found them to not be a problem.

The use of electric prods was minimal and being minimised in rodeos, he said. 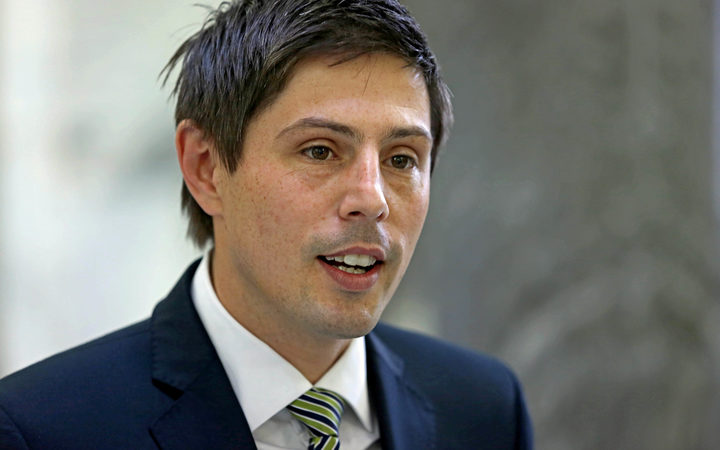 Hughes is also critical of the MPI investigation into the Gisborne rodeo bull death.

Documents obtained under the Official Information Act show just one person was interviewed - the vet who put the animal down.

That vet was also a sponsor of the rodeo.

Hughes said more people should have been talked to.

"I do think it's been an insufficient investigation given it only talked to one person, a vet, who was a sponsor of this particular rodeo.

"You could say that it looks like it's just been cleared off the desks to get it done and dusted, rather than a fulsome investigation."

Cocks said it was "disgusting" for a politician to question the integrity and professionalism of vets in New Zealand.

"I'm not sure what the connections were but that vet was engaged to do a professional job and they do throughout the country."

In a statement, MPI defended the investigation and the decision to only interview the vet involved.

"MPI doesn't consider there was a conflict of interest in this case," the statement says.

"It's not uncommon, given that rodeo events are often held in rural areas, that a vet may have connections to those competing in or running such events.

"We don't consider that any vets' personal or professional connections to a wider event would put any animals' welfare in jeopardy."

Regarding the cause of death itself, MPI said because the rodeo code hasn't been broken, there is nothing more it can do.

"The role of MPI animal welfare inspectors when investigating animal welfare complaints is to impartially apply the relevant legislation that is in force at the time of the incident."