Dozens of people were evacuated from an inner-city hostel in Wellington, after a small fire broke out on the roof. 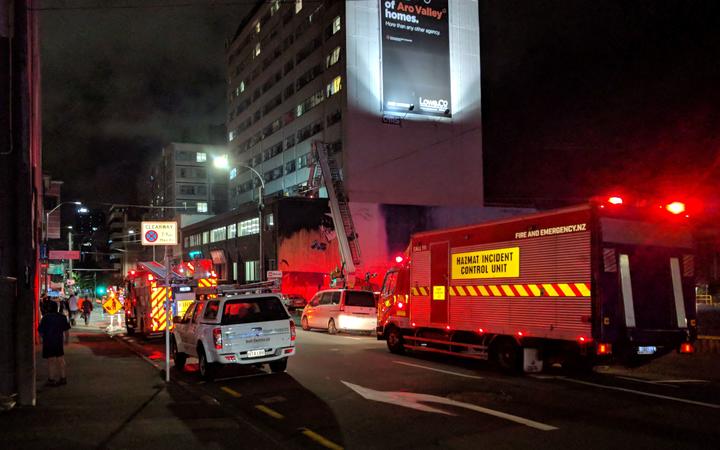 Fire and Emergency says the blaze was put put and the building checked.

The damage was not severe and residents were allowed back in.

It's understood the building is Cumberland House on Willis Street, which is usually leased to the Victoria University of Wellington during term time but is rented out as Rise Hostel during the holidays. 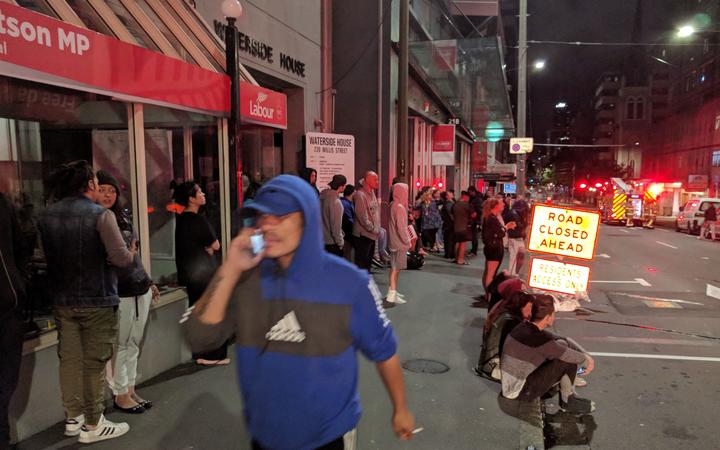 People who were evacuated watch from the other side of Willis Street. Photo: RNZ / Kent Atkinson