One of the abiding images of any virus outbreak is people in surgical masks. Using them to prevent infection is popular in many countries around the world, most notably China during the current coronavirus outbreak where they are also worn to protect against high pollution levels.

Air passengers arriving in Auckland from China this morning wore on the flight, while a pharmacy near the airport had sold out of them.

A staff member said they were to get more stock from other pharmacies after 102 people came in asking for them yesterday.

There is some evidence to suggest the masks can help prevent hand-to-mouth transmissions, but virologists are sceptical about their effectiveness against airborne viruses.

Surgical masks were first introduced into hospitals in the late 18th Century but did not make the transition into public use until the Spanish flu outbreak in 1919 that went on to kill over 50 million people.

Dr Chris Smith, consultant virologist at Cambridge University, told RNZ people should not buy them and instead save their money.

"Go and spend it on something useful that you enjoy doing, like having a beer. Those face masks are absolute rubbish and they do nothing."

However, he did say they had a placebo effect.

"They make you feel better, that you've done something, and they also have the effect of warning you to stay away from someone who's wearing one."

He said whether a virus could get through a face mask depended on the type of mask.

"The ones we're talking about, that you go and buy off a street vendor and you wear on the underground or tram or on the streets - those are absolutely useless. If you are in hospital and you are fit-tested for a proper prophylactic mask, those do work. And the reason they work is they form a proper seal around your face and around you nose and mouth and you also wear eye protection, and they also have very stringent filtering as well.

"The ones that you buy on the street that are cheap and nasty ... there are big gaps around the sides of your face and every time you cough and sneeze it just comes flying out the side.

"Also they dampen, so as you breathe they get damp and that dampness just makes a nice conduit through for the virus particles."

However, speaking at press briefing today New Zealand's director-general of health Dr Ashley Bloomfield said it was appropriate to wear a mask.

"I think people should wear masks if they feel that that is protecting them and/or if they feel they may be harbouring symptoms of any illness, whether it's a common cold or influenza, and that's an individual decision. 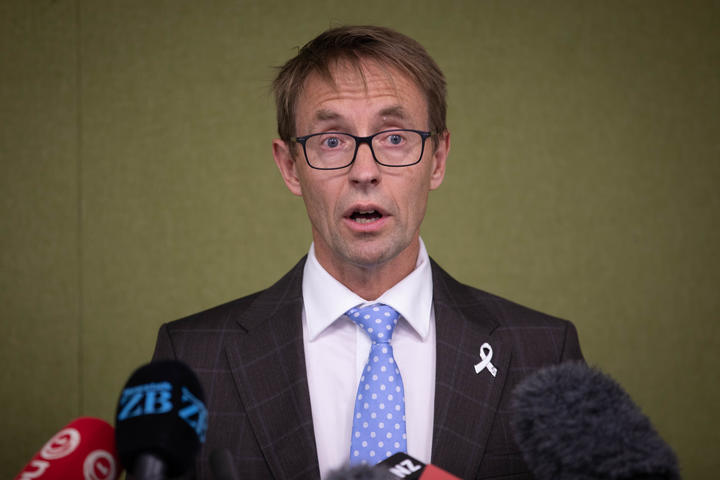 "I think there is limited evidence around the effectiveness, but I certainly wouldn't discourage people from wearing masks if they wish to."

Dr David Carrington, of St George's, University of London, told BBC News "routine surgical masks for the public are not an effective protection against viruses or bacteria carried in the air", which was how "most viruses" were transmitted, because they were too loose, had no air filter and left the eyes exposed.

But they could help lower the risk of contracting a virus through the "splash" from a sneeze or a cough and provide some protection against hand-to-mouth transmissions.

A 2016 study from New South Wales suggested people touched their faces about 23 times an hour.

Jonathan Ball, professor of molecular virology at the University of Nottingham, said: "In one well controlled study in a hospital setting, the face mask was as good at preventing influenza infection as a purpose-made respirator."

Respirators, which tend to feature a specialised air filter, are specifically designed to protect against potentially hazardous airborne particles.

"However, when you move to studies looking at their effectiveness in the general population, the data is less compelling - it's quite a challenge to keep a mask on for prolonged periods of time," Prof Ball added.

"Covering your mouth while sneezing, washing your hands, and not putting your hands to your mouth before washing them, could help limit the risk of catching any respiratory virus," he said.

Dr Jake Dunning, head of emerging infections and zoonoses at Public Health England, said: "Although there is a perception that the wearing of facemasks may be beneficial, there is in fact very little evidence of widespread benefit from their use outside of these clinical setting."

He said masks had to be worn correctly, changed frequently and got rid of safely if they were to work properly.

"Research also shows that compliance with these recommended behaviours reduces over time when wearing facemasks for prolonged periods," he added.

People would be better to focus on good personal and hand hygiene if they are concerned, Dr Dunning said.