A pair of kea appear to be making the most of the warm summer months and have been spotted at a West Coast beach. 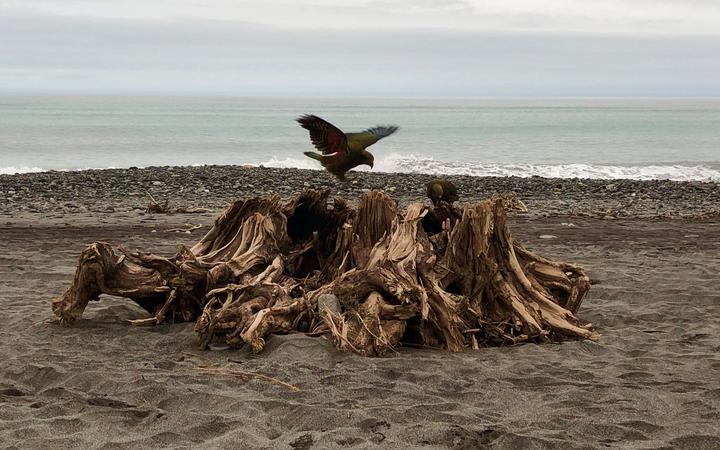 Two juvenile kea have opted for the lowland town of Ross and its nearby beach to set up residence. Photo: Supplied/DOC

A bird normally associated with alpine environments, the two juveniles had instead opted for the lowland town of Ross and its nearby beach.

The Department of Conservation (DOC) said young kea were known to be inquisitive and curious and these two were exploring the world around them, having flown the nest.

It said while it was unusual to see them at the beach, kea were known to explore the coastline of south Westland and had even been seen venturing out to fishing boats off Golden Bay in Tasman.

In order to avoid the curious couple setting up home in the town, DOC was asking residents to avoid leaving foodscraps around and to use sprinklers to keep them away from parked vehicles.