Fire authorities say a fire that tore through a landfill south of Whangarei in Northland yesterday is now all but out. 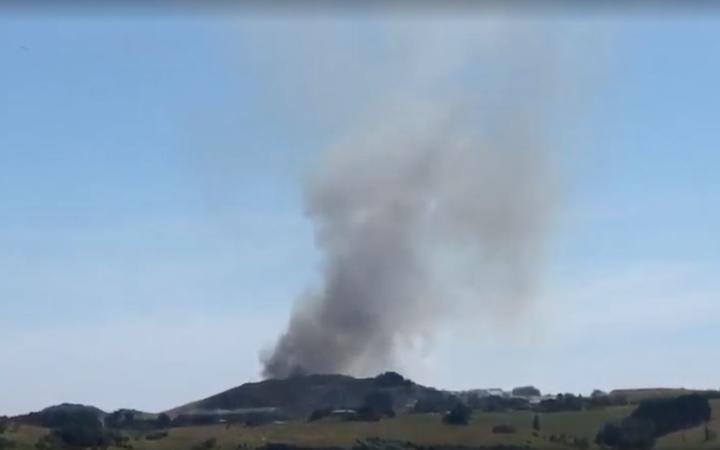 Helicopters and two dozen firefighters battled the blaze at the Purewa landfill into the night. Photo: Supplied

Helicopters and two dozen firefighters battled the blaze at the Purewa landfill into the night after a fire broke out about 2.30pm yesterday afternoon.

As a result residents in the area were warned to stay away and keep their windows and doors closed.

But Fire and Emergency said firefighters brought the fire under control last night.

A spokesperson says a crew has returned this morning and left the scene in the hands of its owner as the fire is all but extinguished.