New Zealand's most watched albatross egg may start hatching this weekend on the Otago Peninsula. 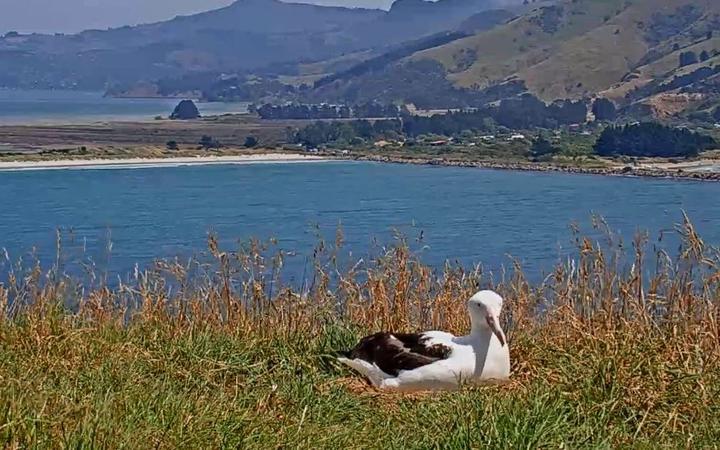 Seven chicks have already hatched at the northern royal albatross colony under the care of Department of Conservation rangers.

The chick at the centre of DOC's popular Royal Cam albatross live stream is predicted to fully emerge from its egg in early February.

A new partnership with the New York-based Cornell University's lab of ornithology means cameras have been upgraded with panning and night vision and the feed is being shared with millions of people around the world.

It could mean up to 20 million viewers can learn about the plight of the albatross each year.

"If they lay their eggs or maggots on a hatching egg or a young chick then that's a lot of work for us to keep that chick alive because the maggots will eat wherever they can. It can be fatal and heat can be fatal," Broni said.

The temperature could reach up to 50 degrees in the long grass of the nesting area, but DOC has come up with a method to ease the heat.

"For a number of years now, we've had an irrigation system put in that we can individually put cool water on each nest to help keep the parents settled on their egg and chick.