Dunedin's bells will be ringing today to welcome the return of the first northern royal albatross for breeding season. 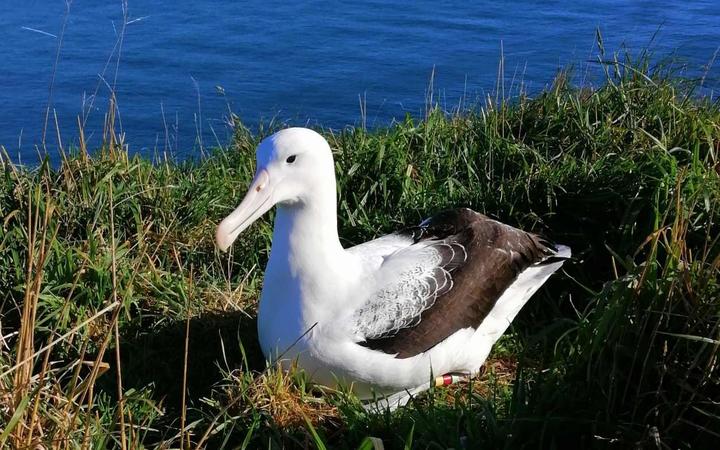 The city's churches, schools and public buildings bells would chime in unison from 1pm, in what has been a long-standing tradition marking the return of the birds - and a farewell to this season's albatross chicks.

The first albatross back to the breeding colony was an eight-year-old male that returned on Sunday.

Dunedin hosts the world's only mainland northern royal albatross breeding colony, home to over 250 albatross who, once mature, breed every two years.

"People tell us they cry when they hear the bells. They know the albatross are back and we're all celebrating. We've got more and more people across the city and the world ringing their bells, sending us photos and videos. It's a really wonderful part of Dunedin's heritage.

"As well as the traditional bells a 'Welcome back' flag will fly outside the mayor's office and fans are setting bell chimes on their mobile phones to ring at 1pm."

Department of Conservation (DOC) Ranger Jim Watts said the first chick to fledge had recently left and would spend four to 10 years at sea.

"While keeping an eye on who is leaving, we also welcome back the first returning bird ... for the 2019/20 season."

Royal Albatross Centre Manager Hoani Langsbury said it was a wonderful time to visit the colony.

"Viewing can be fascinating as albatross renew their pair bonds with grooming and flying displays while also choosing a place to nest. We still have a number of chicks on view who are entertaining visitors with their wing exercises as they get ready to fledge."

This year also marked 100 years since the first albatross egg was laid in 1919.

Looking to the future, conservationists warned climate change was already a threat to the albatross colony and need a lot of human intervention to mitigate rising temperatures and other issues like littering and water quality.

Mr Langsbury said rising temperatures had caused them to put in a sprinkler system to cool down the entire headlands.

He said littering was also a concern after a baby chick recently regurgitated a piece of plastic.

The Royal Albatross centre which receives 160,000 visitors a year had committed to being plastic free by 1 October, 2020.