Sawmills in New Zealand find it hard to be profitable when overseas competitors can benefit from subsidies, the main timber industry organisation says. 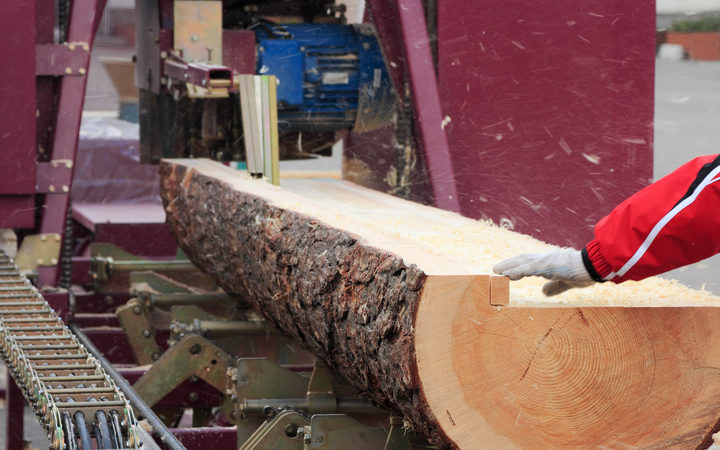 The problem is so bad that one day all timber used in New Zealand might have to be imported.

That is despite the fact that around two million hectares of trees are grown for timber in New Zealand, mainly pine trees.

These comments came from the Wood Processors and Manufacturers Association.

They followed a decision in principle by Carter Holt Harvey (CHH) to close its sawmill in Whangarei.

The company is consulting staff before making this final, but it is expected to go ahead with closure.

"The decision has been made reluctantly, but the sawmill had been facing log shortages for some time and our analysis was that it's only going to get worse," Harris said.

The Wood Processors and Manufacturers Association said there were further problems besides the wood shortage with high prices for timber caused by trade distortions overseas.

Its chair Brian Stanley said even if the wood could be accessed it was way too expensive.

"We have seen three sawmills close down in the last 12 months, and now this one in Northland," he said.

"That is a serious trend and one that everyone in the country needs to start thinking about."

Stanley said for years, people overseas were buying New Zealand logs for high prices, secure in the knowledge that subsidies from their own government would allow them to sell the logs at a loss to timber yards in their own country.

This was especially so in China, but a report done just before Christmas by the economic consultancy Sense Partners found trade distortions of the log industry in 39 countries.

"The prices for logs in New Zealand have been driven up to unprecedented levels over recent years by foreign buyers operating on subsidies provided by their own countries," Stanley said.

"These subsidies enable foreign buyers to artificially inflate prices here, effectively capturing the domestic log market by creating some of the highest softwood log prices in the world.

"The fact that this grossly unfair market is occurring under NZ's Free Trade Agreements with these countries should be extremely concerning to all New Zealanders ... and the government should take immediate action to halt unfair trading conditions and prevent the loss of jobs and community to what is thoroughly unethical trade."

This trend has been going on for many years, undented by the drop in log prices in the middle of last year.

"It doesn't matter if the price in New Zealand comes down because it is a relativity question," Stanley said.

"The relativity is that we are paying somewhere between 80 and 100 percent more for logs than what our competitors pay."

He wanted the latter brought up at trade talks by the New Zealand government.

Trade Minister David Parker's office was approached for comment but he was still on route to New Zealand from the World Economic Forum in Davos, Switzerland.