The new owner of the Waverley Sawmill in Taranaki says a $30 million state-of-the-art plant could be built to replace it in a few years. 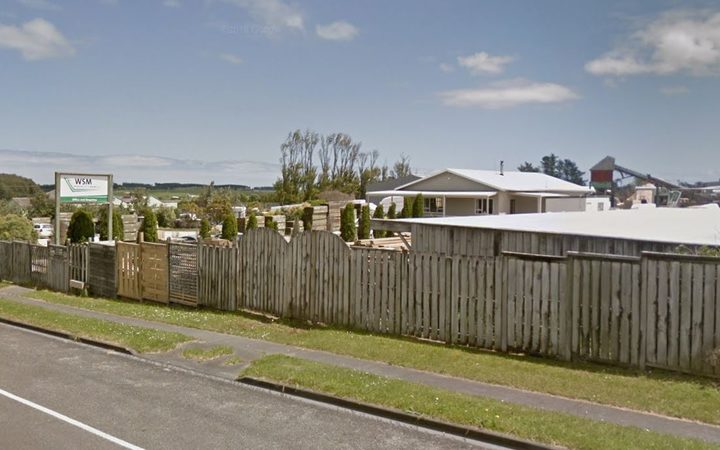 The town's biggest employer, which has been operating for more than 100 years, shut last Friday, resulting in 65 jobs being axed.

News of the Waverley Sawmill's closure sent shockwaves through the town 40 odd kilometres northwest of Whanganui, which has a population of just 860.

Waverley 4 Square owner Steve Dowman said he would miss the business of mill workers who piled into the store for a pie before starting work.

"There's 65 staff plus contractors, trucks. They'll all slow down I would say. Some will stay and some will go but there can only be one effect, can't there? It will reduce trade.

"A lot of people can't believe it's closing. I'm mean it's been running I think for over 100 years, but yeah it's gone."

Mr Dowman was worried about what that meant for the workers' futures.

"I feel sorry for the families because some people have mortgages and others will have to move out of the district, but they don't seem too worried.

"A lot of them are young fellas and nothing really worries young fellas, does it? But deep down they'll be feeling it."

Waverley Sawmills managing director Peter Martin said it could no longer compete with the price being paid by overseas log buyers.

"It's just the Waverley Sawmill just wasn't viable under the current economic climate, especially in relation to high log prices and the factory capacity. We just didn't have the plant and machinery to keep up with the production required."

Sawmill operators were feeling the pinch due to China's appetite for logs.

Mr Martin had been at the Waverley Sawmill for 15 years and over that time its production had increased from 60 cubic metres of timber a day to 150 cubic metres.

He said it was tough saying goodbye, but the workers had taken the news as well as could be expected.

The staff were given a week's notice and there were no redundancy payouts.

Director Wade Glass said there was a future for milling in Waverley.

"The sawmill is located in a part of New Zealand where there's a significant maturing forestry resource. And the first part of a feasibility for a sawmill is having adequate log supply for the medium and long term and that asset ticks the box in that respect."

Mr Glass said Spectrum - which owned two other sawmills one in Te Kuiti and another in Gisborne - knew what it wanted to do with the Waverley site, and it now needed to raise the finance.

"The hope for the future is that we raise the $20 million to $30 million and we can install a significantly more modern state-of-the-art mill on that site.

"And like I said the log resource is good. We own one forest in the region at the moment and we're very happy with the log quality. It's just a matter of taking a mill that's very, very old in a lot of ways and modernising it."

Mr Glass said it was not viable to keep the plant running while the investment was found for a new mill.

Jobs at the new mill would be more highly skilled, the laid off workers would be welcome to apply for them, he said.

"I think everyone is suitable with training, but we just have to be careful not to make promises that we can't deliver on."

Spectrum hoped a new Waverley Sawmill could be up and running in two to three years' time.