A simple Facebook video may have spurred Kawerau residents to participate in local democracy. 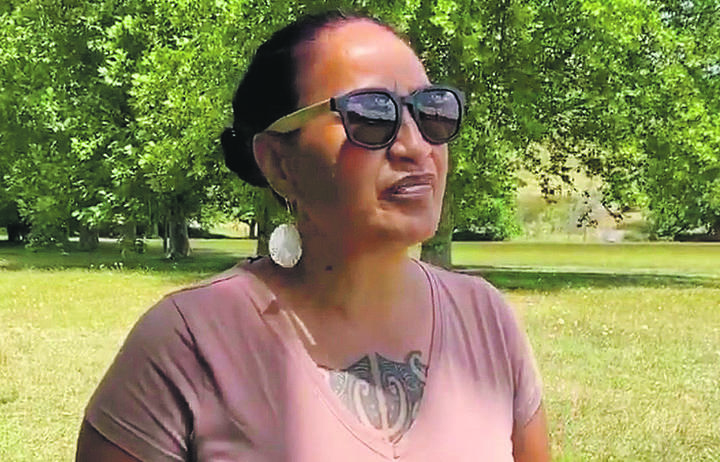 Concerned at a lack of awareness in the town about a Kawerau District Council proposal to remove the reserve status from Stoneham Park and turn it into residential housing, Kawerau woman Vivienne Wilson turned to Facebook, in a video which has since gone viral, to ensure people are aware of the plan.

Wilson's video didn't advocate for people to submit one way or the other, but rather encouraged people to make a submission regardless of their opinion and advised them on how to do it.

'We need to practice kaitiakitanga (guardianship) and we can't do that unless whanau are involved and included in the process," Wilson said.

"We need to work together as a community and have our say, whether that is for or against it doesn't matter, it's about practising kaitiakitanga."

Wilson realised the community's lack of awareness after she went into the council on Monday to make her own submission and staff told her they had only received three submissions on the proposal.

Submissions had opened in early December.

She believes the council could have done more to inform the community of the proposal.

"I don't see why the council can't hold hui in the morning and in the evening so all our whanau who have mahi can attend," Wilson said.

"If everyone is involved, we can make better decisions."

There was a story on the proposal in the Beacon and the council advertised it in the newspaper as well as on its website and Facebook page.

Not only were residents seemingly unaware of the proposal, many didn't know how to make a submission.

In her video Wilson walked residents through filling out a form and said they could dictate to council staff who would write it down for them if writing was a barrier.

She also told residents they could make their submission in te reo if English was not their first language or if they were more comfortable communicating in te reo.

"I tested that myself," she said.

"I went in there and pretended I didn't know how to do it and they were very helpful."

Since the video was posted to Facebook Ms Wilson has received a lot of feedback from residents thanking her for making them aware of what was happening in their community.

One woman thanked Ms Wilson for her"informative and unbiased video".

"So often we see aggression and conflict and people telling people how to think and getting upset when opinions differ," wrote the woman.

"But I felt you got the message across without pushing your own agenda one way or another."

Others have messaged or rung Ms Wilson to tell her they had since gone down and made a submission. Some have told her they would prefer the park remain as is, as they could watch their children playing from their kitchen windows and an elderly couple said it was the only place they felt safe walking their dog.

"I feel like I may have made a lot of work for council, but its great people are having their say," said Ms Wilson.

Ms Wilson has been a Facebook video star before; a previous video imploring people to stop leaving rubbish at a popular Tarawera River swimming hole received over 28,000 views and more than 500 shares.

Submissions on the proposal close today at 5pm.

There had been some confusion over the closing time as originally the council advertised submissions would close at 12 noon, but the submission paper stated 5pm.

Council communications manager Tania Humberstone said this was a mistake and the council would honour the 5pm closing date.

She said the council would prefer not to say how many submissions it had received until the submission period had closed so could not confirm whether people had been spurred into action by Ms Wilson.

Kawerau District Council has proposed that reserve status be removed from Stoneham Park and transferred to the council stock pound on Fenton Mill Road.

This would allow for the park to become a residential subdivision.

The council has already made a reserve in Te Ariki Place available for development as well as land off Bowen Street and Porritt Drive.