Hundreds of passengers have been stranded as domestic flights out of Wellington were delayed or cancelled because of fog. 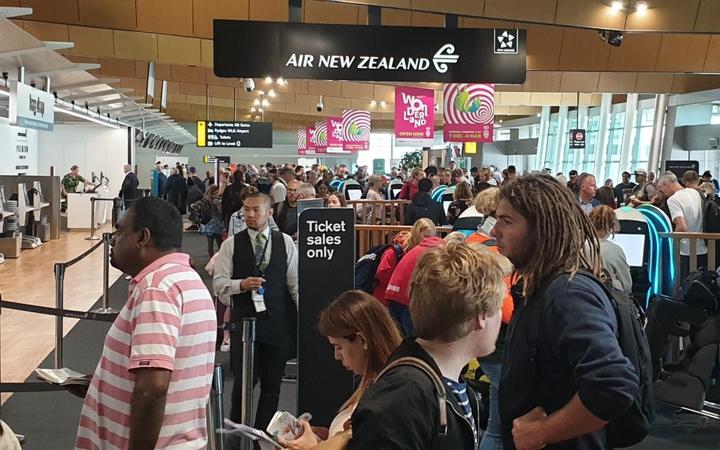 Flights were delayed or cancelled at Wellington Airport after fog swept in from Cook Strait. Photo: RNZ / Patrice Allen

Long lines of passengers waiting at check-in this morning were told they faced indefinite delays because of the weather.

Some flights around the country - including to Napier, Christchurch and Tauranga - were cancelled.

Air New Zealand said in a statement fog and low cloud caused disruption to the airline's regional turboprop and domestic jet services into and out of Wellington Airport. It said its domestic flights into Wellington were held at their point of departure this morning.

The sea fog was clearing late morning but Air New Zealand said there was a backlog of passengers and advised people to delay their travel plans if they could.

It's the third day fog has disrupted services.

Australian passenger Josh has been trying to get back home for two days.

He said the fog has caught him out two days in a row, and he just wanted to get back to Tasmania with his bike. "Really looking forward to getting home."

Earlier in the day Air New Zealand senior manager customer care Doug Grant said the airline was doing its best to get customers where they need to go, but there was limited flight availability out of Wellington today as the airline continued to recover from Sunday's foggy conditions.

"Customers with Wellington flights are strongly recommended to consider deferring non-urgent travel, and those who do need to travel should keep an eye on the airline's Arrivals and Departures page for the latest information," he said in a statement.

The backlog was clearing by this afternoon, with an airport spokesperson saying conditions had improved and flights were back to schedule.

Air New Zealand said it continued to rebook affected passengers to other flights as quickly as possible.

MetService forecaster David Miller said a high pressure system sitting over New Zealand had trapped moisture at lower levels of the atmosphere. Fog forming over Cook Strait drifted into Wellington this morning on the southerly breeze. 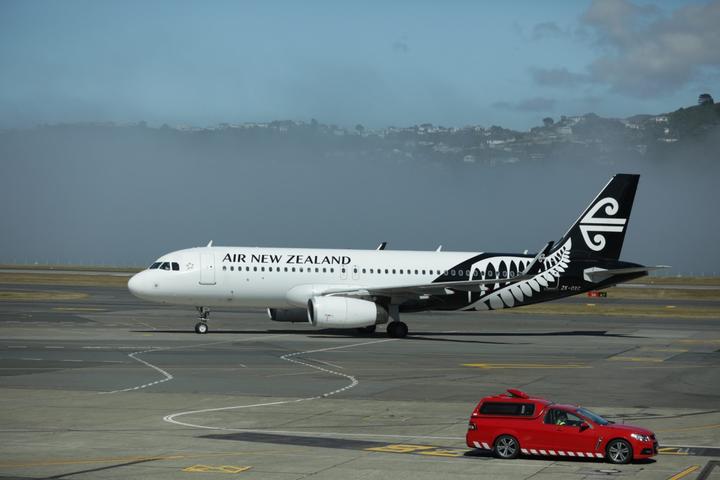 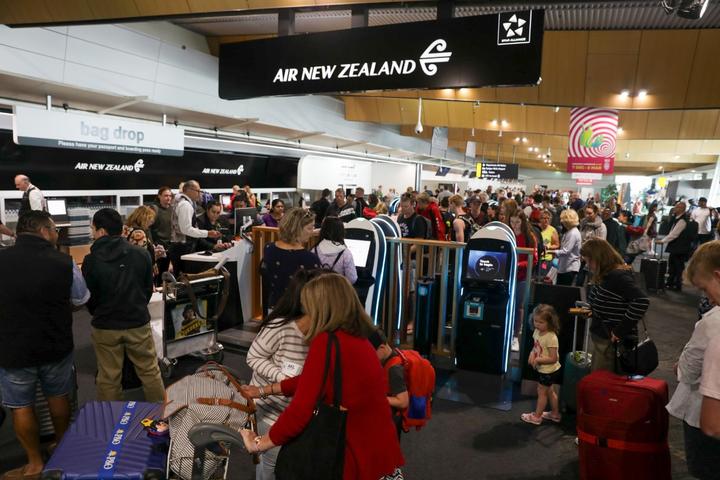 The fog was lifting late morning but Air NZ said the backlog of passengers would take time to clear. Photo: RNZ / Patrice Allen 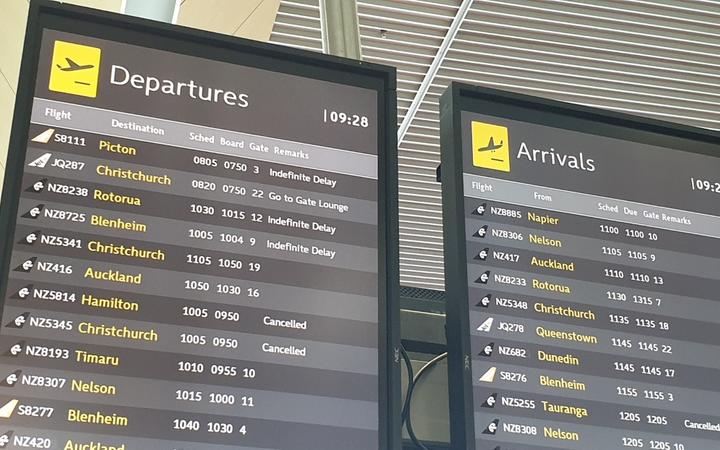