Air New Zealand says fog at Wellington Airport isn't affecting its flights this morning but there's still a backlog to clear from yesterday. 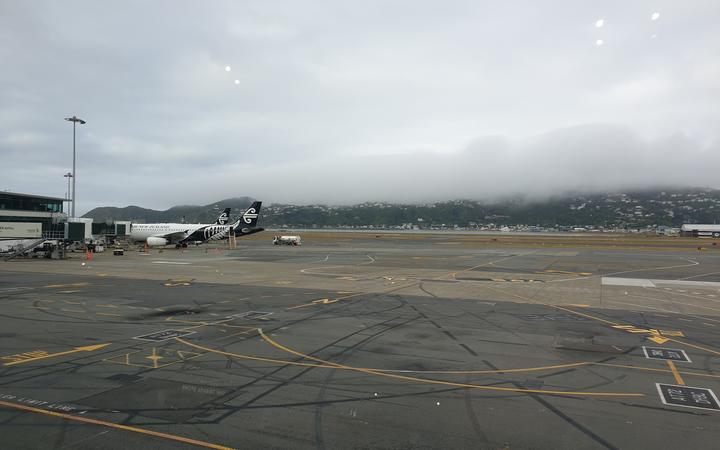 Fog at Wellington Airport has caused more than a dozen delays and cancellations this morning. Photo: RNZ/Hamish Cardwell

Fog set in Sunday afternoon, causing travel disruption in the capital with about a dozen local and international flights in and out of Wellington cancelled and delayed.

Wellington Airport says the airport is open and operating as usual and it's up to the airlines to decide if they'll fly.

A meteorologist with the forecaster MetService, Kyle Lee, said a mass of humid air tracked north over the country, formed sea fog over the cooler water of Cook Strait, and was then funnelled into the harbour.

He expects it will clear by mid-morning.

A Brazilian family said they were annoyed to be missing a day of the Australian Open in Melbourne today.

Fabiola Pereira said their Qantas flight to the Australian city yesterday was cancelled.

She said the airline put them up in hotel last night but it should also have covered their food and transport to and from the airport.

She was also out of pocket for the day's tennis tickets.

"That's why we're trying to contact the insurance but we're in God's hands ... and we don't know what to do."

Pereira said her family has several more flights with Qantas in Australia and she was not sure she could trust the airline.

Gary Mathews, whose flight to Sydney was cancelled, said there were huge queues while the airline sorted out accommodation for travellers.

"There were literally hundreds of people there and I really think Qantas should have brought in extra staff.

"There were only two people [doing customer service] plus somebody on the business [desk].

"We were lucky we were in the front part of the queue but the people in the tail end, they would have been there I reckon another two hours."

Mathews said he has managed to secure a flight from Wellington to Queenstown and then on to Sydney later this afternoon.

RNZ has approached Qantas for a response.