The Department of Conservation's efforts to cull Auckland Island pigs are being labelled a crime against humanity by the Rare Breeds Conservation Society. 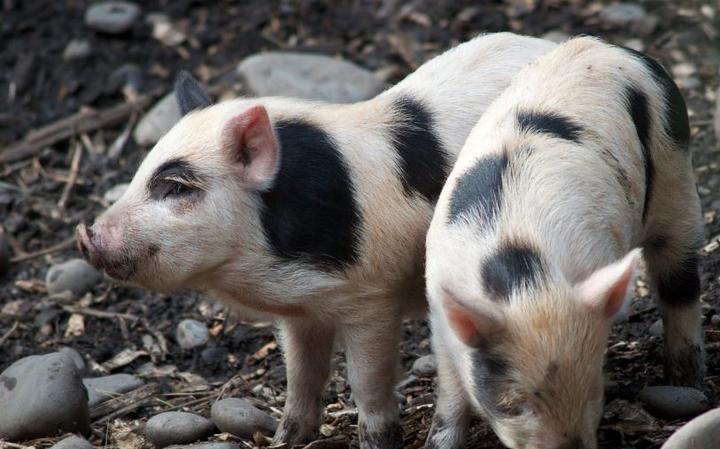 The pesky porcines are killing native plants, insects and seabirds - but they're also the only completely virus-free pig species, which scientists think could hold revolutionary remedies to diabetes, Parkinson's disease and organ donor shortages.

Some of the pigs have been salvaged from the culling and transported to a research facility in Southland while a few others live with groups like the Rare Breeds Conservation Society.

But its spokesperson Marina Steinke said having them in contained facilities puts them more at risk of virus.

"You just have to look at Mycoplasma bovis recently, and the disease [Rotavirus] for pigeons coming into New Zealand last year," she said.

"If the seals of the facility where they're held are broken or somebody introduces a virus by mistake, or intentionally, then the chance of making pig cells available to humans to control diseases is gone forever."

The Department of Conservation (DOC) is aiming to eradicate wild pigs from the Auckland Islands within 10 years, as part of its Maukahuka Pest Free Auckland Island project, in partnership with Ngāi Tahu.

Its southern South Island operations director Aaron Fleming said pigs, cats and mice had wrecked huge damage to the Auckland Island ecosystem, and the project was an ambitious goal that would allow native species to regenerate and the mauri (or life force) of the World Heritage site to be restored.

That's disputed by Steinke who said the pigs need to be treated like the "national treasure" they were and left to live in peace on the island.

In 200 years of the pig species living on the Auckland Islands, she said it hadn't actually eradicated any native plants or birds.

Paul Tan, the director of the NZeno, the Southland company researching how to safely transplant Auckland Island pig kidneys into humans said the value of the pigs was "tremendous", and New Zealand was leading the world in its research.

He wasn't as concerned about DOC's efforts to eradicate the pigs from the Auckland Islands, because he felt there were enough small herds in the country to maintain a disease-free population.

Tan was also dubious about DOC's ability to get every last one.

"The pigs are very, very intelligent beings. And they're not easy to identify in the undergrowth. It will not be an easy task. And I wouldn't be surprised if a small amount will continue to be there for a very long time yet," he said.

But the managing director of Willowbank Wildlife Reserve in Christchurch, Michael Willis, said the pigs were being culled at an alarming rate.

He acknowledged DOC was in a tricky position and said it would be costly and difficult to re-home the pigs in a location away from other virus-carrying pigs.

Yet he described the cull as "ecological sabotage" and said he'd urge the government to step in and help find the Auckland Island pigs find a new home.

"Once they're gone then there's no coming back again and that opportunity has been lost to the world. It's a big call to eradicate them when there's potential to save millions of people," he said.