The filming of the new Lord of the Rings television series is causing some headaches for local film producers as they struggle to find workers and studio space. 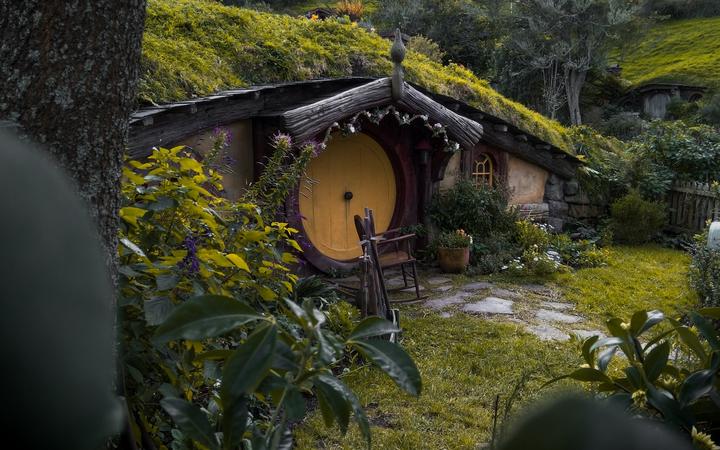 A house from the Hobbiton movie set in Waikato, used during filming for the Lord of the Rings movies. Photo: Unsplash / Oliver Spicer

Amazon's new billion-dollar series is based in Auckland but is being filmed across the country and is set to kick off next month.

At the same time, Netflix's new live-action series Cowboy Bebop and the long awaited sequels to James Cameron's Avatar are already in the works.

But Great Southern Television chief executive Phil Smith said while the filming was a boon, it was causing some headaches.

The local film industry was struggling to find workers or studio space amidst all of the action, he said.

"First of all it's quite a good problem to have. Having an industry in New Zealand that is so incredibly buoyant and exciting, no-one is going to be complaining about that, but clearly there's only a certain number of skilled people who can do an exceptional job and when international companies come in they want the very best, and so do we.

"So a huge market has emerged and the market is that we all want to get the best people and so we'll have to be paying the best prices and at the moment there is an undoubted shortage of both crew and studio facilities in New Zealand."

With so many people consuming stories via television or movies - a trend that was growing - it was important for New Zealand to plan for the future, Smith said.

"We are simply going to have to build more studios and train more people."

Tax breaks and industry-friendly industrial relations laws were a boon, too, he said.

"New Zealand is very attractive to offshore broadcasters. So when broadcasters look at a budget and ... for example a project is a $10 million project, then as New Zealand producers we can walk in and only ask for $6 million because $4 million will come out of the tax break."

However, we were "merely being competitive", he said.

But because the industry was set to be "healthy into the future", Smith said we should "invest and train people because when the Americans come here, the one thing they know they are going to get is first class crew".

"So we need to be training more people into the industry, have more initiatives right from directors, writing, everything associated with a crew."

Today, Amazon Studios announced the first group of series regulars set to star in the show.