The dust is settling on the decision by Prince Harry and his wife Meghan Markle to step back from their senior rank in the British royal family. 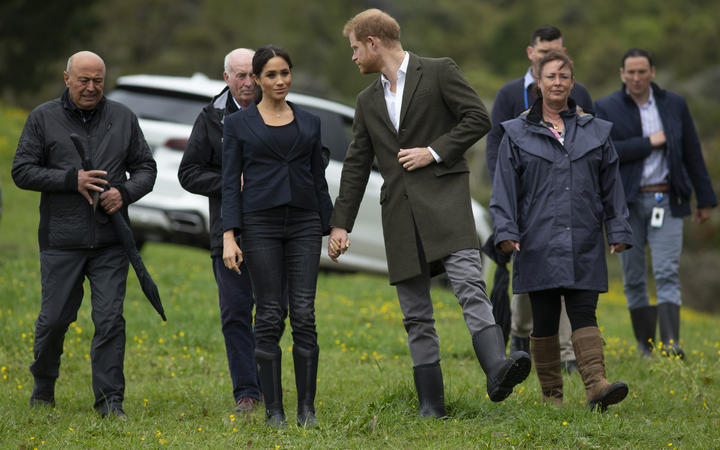 The Queen has agreed to a "period of transition" in which the couple will spend time in Canada and the UK.

She said after today's "Sandringham Summit" she supported their desire for a new role but "would have preferred" them to remain full-time working royals.

Harry and Meghan have indicated a wish to continue to honour their duty to the Commonwealth, but there was no detail yet over what that might be.

Prime Minister Jacinda Ardern's office told RNZ today there would be no statement on the matter until an outcome was known.

The powerful pōwhiri in Rotorua, on the final day of their New Zealand tour was the first, and possibly last time New Zealand welcomed them as a senior Royal couple.

But royal or not, there is no mistaking the pulling power they have.

A Te Tauihu iwi leader, Barney Thomas, recalled on the couple's visit to the Abel Tasman National Park and how different they were away from the glare of the media.

"Prince Harry and his wife were very relaxed. We could tell that because (of) their body language which for us, was expressive, whereas when they're in front of formal media they're rather upright."

Thomas was among mana whenua to welcome the couple on the fleeting visit to the National Park, north-west of Nelson.

Addressing the crowd of locals, Harry said the rain that dampened the visit was a blessing and a reminder of our connection to the land.

Thomas said Meghan clearly connected easily with iwi. He said depending on the wishes of the Queen and wider Royal family, the couple could advance their role as representative of the Commonwealth.

"Oh there's certainly potential for that to happen, but from an iwi perspective there are opportunities all the time for everyone to be involved in those types of scenario." 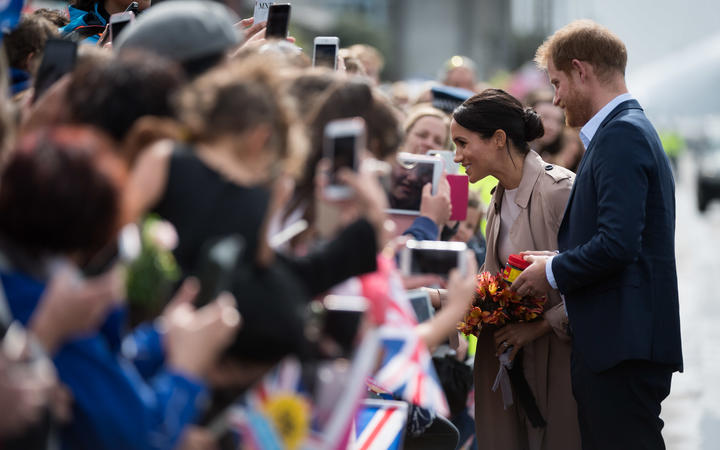 "On a global platform it definitely spreads the word about where we are in the 'little ol' Southern Hemisphere'.

"We've had a lot more tourists and a lot of people coming by, taking photos and saying, 'this is where the Royals were'."

Kelly said their celebrity pulling power was such they may not need a Royal title. She said without it, they may not get as much media attention but she doubted it would dent their international standing.

Thomas said if they visited again in a less than Royal capacity, they would be equally welcome.

"Oh yes, certainly. Iwi expectations of hosting not just Royal people but guests overall is to look after and manaaki and nurture them while they're within their rohe.

The Queen has said she expected final decisions on the future roles of Prince Harry and Meghan to be made in the coming days.