An immigration lawyer believes that letting a Tongan woman stay in New Zealand, because she became paralysed during an operation here, could have disastrous long-term effects. 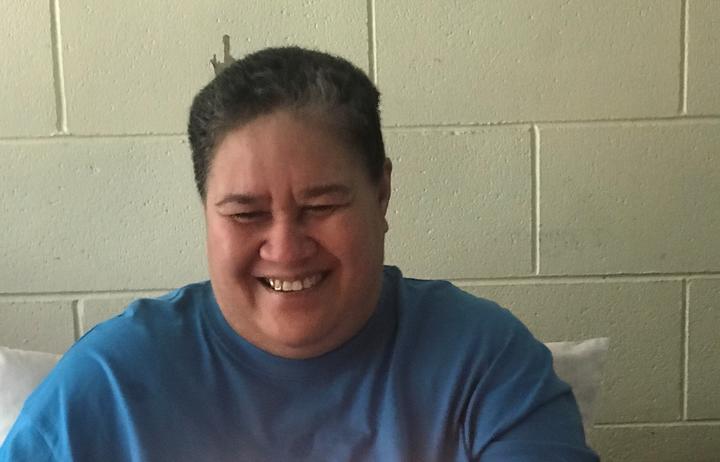 Taipaleti Vaeatangitau pictured at home in Tonga before an operation in Auckland that left her a paraplegic. Photo: Supplied

Taipaleti Vaeatangitau was injured playing netball in Tonga. Her injury worsened, so her doctor referred her to a neurosurgeon in Auckland.

She and her husband, Loni Vaeatangitau, told the Immigration and Protection Tribunal that they sold their belongings to pay for flights and in December 2015 came to New Zealand with the youngest two of their six children.

She had surgery in Auckland in 2016 but woke to find herself a paraplegic.

Her family's visas expired in June 2018, so they applied to the tribunal for permission to stay in New Zealand.

Her doctor also wrote to the tribunal saying her life could be at risk if she was sent back to Tonga due to the lack of support there.

Although the tribunal recognised what it called the "exceptional humanitarian circumstances" of the case, it declined to overturn a deportation order.

It found that allowing her and her family to stay in New Zealand wouldn't be in the public interest because it was contrary to their visa conditions and would be a huge cost to the public health system here.

"The appellants held limited visas for specific medical treatment, but now seek to remain in New Zealand to take advantage of medical and social benefits clearly not intended under the conditions of those visas."

He said the visa she had enables people from poorer countries to receive medical treatment and then return home.

Immigration New Zealand (INZ) might react negatively to seeing a medical visa open an avenue for residency, he said.

"Enabling an appeal like this to be successful could have led to INZ examining the medical treatment policy and considering whether or not they're being a little bit too open or a little bit too flexible which could then potentially put a lot more people's lives in danger."

He said harsh as it may sound, deporting Taipaleti Vaeatangitau avoids setting a precedent for future medical-related visas.

The tribunal granted the family visitor visas until 31 January to allow them to get ready for deportation.