The Department of Conservation has named its top breeding species for 2019. 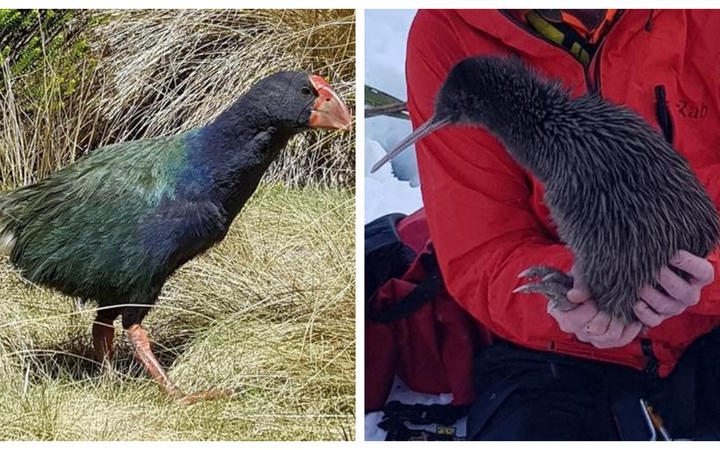 The Department of Conservation has named its top breeding species for 2019 - takahē and the rowi kiwi. Photo: RNZ

Rowi kiwi and takahē are the dual breeding success stories of 2019, and both made notable strides in restoring their populations during the year.

DOC operations manager Deidre Vercoe said it was good to celebrate the species making strides in reinvigorating their numbers, and a lot of intensive management is behind the gains.

"It's great to see that populations of vulnerable flightless birds like kiwi and takahē are making progress. As we refine current techniques and look for new ways to manage pest populations, we can expect to see further progress in the recovery of our taonga species," she said.

Rowi kiwi were down to a population of about 160 birds in the 1990s, Franz Josef biodiversity ranger Tracey Dearlove said. But there are now about 600 birds.

The rowi and their caretakers have earned a pat on the back because of two big wins for the breeding programme this year, she said. Genetic diversity had been boosted, and a young cohort of kiwi hd thrived so well at a new site that they were poised to soon become the second mainland wild breeding population.

An intensive rowi database is kept showing the genetic inheritance of each chick. This year there had been less focus on increasing the numbers, and more focus on helping birds with less surviving offspring so far - so their genes add more diversity and strength to the population.

Rowi chicks only have a 5 percent chance of survival in the wild, because stoats kill them when they are little. Operation Nest Egg is an ongoing programme to hatch the eggs and raise the chicks to one-year-olds on predator-free islands.

"They get big and strong out there without the presence of stoats, and then we release them back into mainland sites once they're better able to defend themselves. And they have a pretty good survival rate," Dearlove says.

Rowi kiwi mate for life, so rangers leave the pairs as they are, but this year have concentrated on taking eggs for the Nest Egg programme from the birds who have fewer offspring.

"Some of them have had fertility issues in the past. When the programme started the population were quite aged, and that's because a lot of the young ones were getting taken by stoats, so a lot of the birds at that time were quite old and not very fertile.

"And now we're starting to see really good production from those younger birds raised five to ten years ago, that are starting to breed, which is really, really awesome." 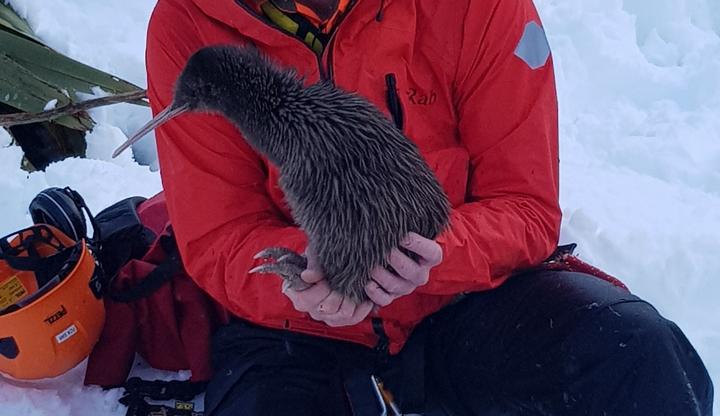 The new site has also strengthened their population's position for breeding success, she said. In December last year 53 young rowi were released in the Omoeroa Ranges, south of the existing Okarito forest population and separated by a large river.

All but one of those rowi have survived the year - the one loss was a kiwi found at the bottom of a cliff who was thought to have fallen, rather than been predated upon.

"The others are really healthy, and doing really well. It's pretty exciting times to put them back into part of their former range," Dearlove said.

Rowi numbers have a long way to go, but "at the moment they're doing pretty well - they're in much better shape than they were".

Takahē were once thought to be extinct, but rediscovered in Fiordland's Murchison Range in 1948. At that point there was thought to be about 70 or 80 birds, and 40 were caught to begin a breeding programme.

Takahē ranger Jason van de Wetering said in the last year a record 65 chicks passed the breeding milestone of their one year birthday - when they were counted in the population. There are now 418 birds.

He said the boost has come from new knowledge adapted into the programme.

Takahē typically lay two eggs, but only raise one. So rangers have been taking the 'spare egg' to incubate and raise in captivity, before releasing them into the wild.

But experts had now realised takahē in the wild were getting a benefit from staying with their parents for another year, to help raise the next season's chick. The young takahē that stayed on learned how to successfully raise chicks themselves, and their own chicks had a notably higher survival rate. 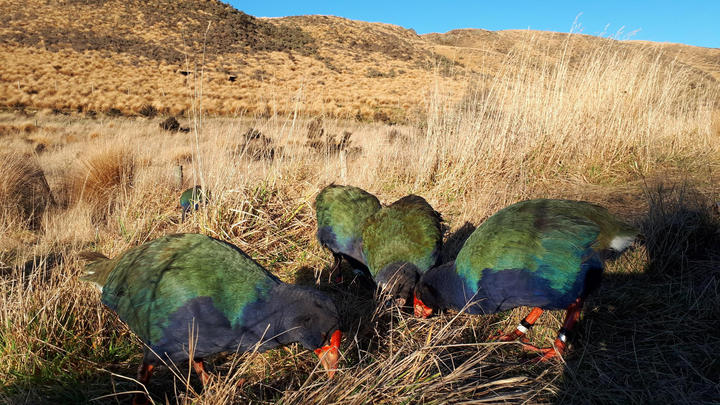 So now the incubated chicks are are kept with a captive family group for an extra year, while the next season's chick is raised.

The change was made in 2000, and several generations of the upskilled parents have now joined the breeding population, which was starting to have a big effect on the numbers who survived to one year old, van de Wetering said.

As with rowi kiwi numbers, van de Wetering said takahē weren't out of the wood yet, but they were headed in the right direction.

"It's looking great - we've got a really healthy population of birds, we've got a great recipe for making a lot of takahē - we now need to find more places to put them."