Department of Conservation (DOC) rangers are searching for a kiwi that is ranging far and wide. 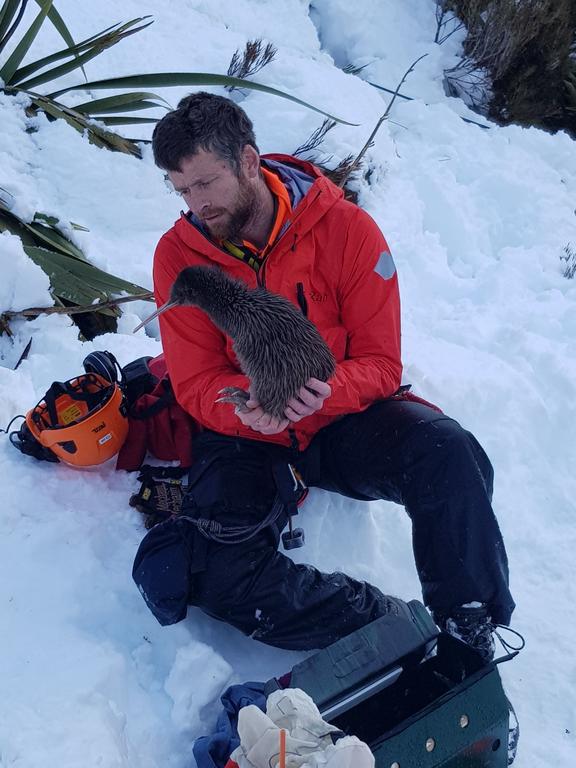 Aroha, a rowi kiwi which needed to be rescued from snowy, mountainous terrain on the West Coast last month, has travelled 5km since being re-released.

Rowi are the rarest of the five kiwi species, with a population of only 600.

DOC reintroduced 34 of the birds to the Omoeroa ranges in December 2018, after breeding in the 2000s brought numbers back from just 160 birds in Okarito Forest.

Senior ranger Tracey Dearlove said the kiwi were wearing transmitters, but rangers were still trying to locate her for monitoring and health checks.

She said rowi kiwi going on long adventures is not uncommon, and another - Taonga - had travelled 10km towards the coastal mouth of Waikukupa River.

She said motorists should be aware the rare birds could be around State Highway 6 near the Fox Glacier township.

The population seemed to be thriving, with all but one of the birds still alive.

"Health checks of a number of the birds show that they are gaining weight and are in excellent health, with glossy feathers and very few parasites," Ms Dearlove said.

"We are really excited that the new population is thriving in this area with plenty of food and space to establish territories."