Two Bunnings stores in the North Island are abruptly closing before the New Year, putting about 30 to 40 jobs on the line. 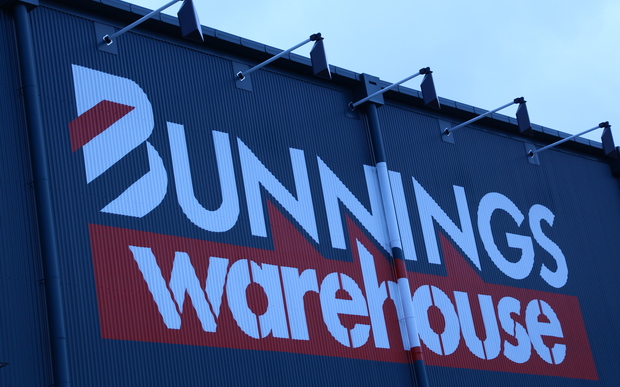 The stores in Waikanae, on the Kāpiti Coast, and Te Aroha, Waikato, will shut down on Friday but the First Union said workers found out about the closures only yesterday.

At that point the union requested the consultation period was suspended until the New Year, but that was denied, Miller said.

Staff were blindsided to learn yesterday the stores would be closed in four days, she said.

"It totally came out of the blue. That's one of the worst things about it," she said.

Miller said the company hadn't engaged with the union over its obligation to consult. "They feel that they have consulted."

Bunnings NZ director Jacqui Coombes said in a statement the decision to close two stores at the end of the week had been a sad and difficult one.

Coombes said a review by the hardware giant of its smaller stores found the Waikanae and Te Aroha outlets weren't performing as expected.

She said promises to offer the widest range at the lowest prices with the best service - and despite the workers' best efforts it had been challenging to meet that expectation at those stores.

The company said a "consultation period was observed with no resulting feedback".

Miller said staff were told there was work for them until late January - possibly packing up the stores - but it was not clear yet whether they would be made redundant, or moved.

"The problem is there's not really any nearby stores for these workers to be easily redeployed to. So there's issues around whether they'd be willing to move, or whether Bunnings would give them compensation for travel."

She said one worker at the Te Aroha store had already been redeployed earlier this year from the Paeroa Bunnings when that closed due to flood damage.

Another worker employed at the Waikanae store for two years told the union they were shocked and angry at the closure, because staff had lives and friendships there, and the store was doing a roaring trade.

Kāpiti Coast district councillor Rob McCann said closing stores at such short notice was acting without care for the community.

"Employees at the Kāpiti cheese factory were at least given six months to find new employment," he said.

"Four days notice over Christmas is unacceptable. It's my hope that any further decision from the company takes into account the workers and their families."