A Whakatāne intensive care nurse who looked after patients following the Whakaari / White Island eruption has died in a road accident. 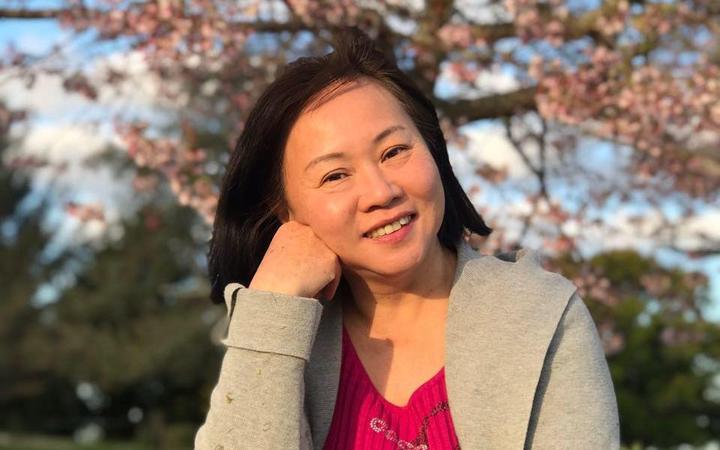 Sheila Cheng was killed in a car crash in Bay of Plenty on Saturday 14 December. Photo: Facebook / Sheila Cheng

Sheila Cheng was killed in a car accident in the Bay of Plenty on Saturday, and her husband is in Waikato Hospital.

The nurse's friend Amanda Lorin said it is every family's worst nightmare.

She said Sheila was an amazing person who had helped victims of the eruption just days before.

"There are just no words to describe the type of amazing soul she was, she was beautiful absolutely beautiful and she was one of the nurses that could stomach seeing the tragedy of Whakaari victims and be in there with everyone, helping," Lorin said.

"It doesn't make sense that such a nice person would have to go."

Lorin's father, stepmother and daughter were in the car with Sheila when it crashed. Her father has been discharged from hospital but her stepmother remains in Waikato Hospital and her daughter is in Starship Hospital in Auckland.

She said her daughter is expected to be discharged by Christmas.

Lorin knew Sheila through her stepmother.

"She was my stepmum's friend and my daughter especially had spent a lot of time with Sheila since we returned back to New Zealand in July. They would have weekly dinner nights at Sheila and Rhys' house while I went to work," she said.

A Givealittle page she set up to raise funds for the family has raised over $2000.

"We've been given so much love and support by everybody," she said.

"I've been brought to tears at how quickly people have started to jump in and help, even just the smallest amount has made a difference and I'm just so grateful."

Whakatāne Hospital said it is "deeply saddened" by the loss of a much loved intensive care nurse who looked after patients following the deadly eruption.

Coordinator and duty nurse manager David van Dijk said she was one of many staff who treated and comforted casualties from the Whakaari / White Island eruption.

He said staff are deeply saddened by the loss of their "respected, much loved and valued colleague".

Sheila's mother-in-law Pam Greenhalgh said Sheila and her son Rhys were on their way home from a day trip with friends when the accident happened.

"They went out of town to get a break from things," she said.

Greenhalgh said the family is devastated but glad Sheila was able to help burns victims.

"She was the sort of person who would do anything to help whatever she could at no cost to herself, she would help anyone and she couldn't do enough for the people there," she said.

She said Sheila was an experienced intensive care nurse who had worked in Taiwan, training others, before coming to New Zealand more than two years ago.

Greenhalgh said Shelia had just gained a doctorate in nursing and started work at Whakatāne Hospital two months ago.

"She knew exactly what she was doing and I think they saw her as an angel that was sent becuase she knew so much about these burns victims."

She said her son is recovering well from his injuries but is devastated by the loss of his wife and soul mate.

"Mentally he is just devastated, they had only been married four years and he's just so lost."

Greenhalgh said the couple first met on board a Christian mission ship two decades ago, before reconnecting five years ago and getting married a year later.

"It was love at that point, they were so well matched and so happy," she said.

Greenhalgh runs a business with her son in Whakatāne.

She said the couple were part of a local church, Whakatāne Baptist, which is "doing amazing things for us".

Sheila's funeral will be held on 28 December.