The person who injured Auckland leopard seal Owha has evaded the net of the Department of Conservation (DOC). 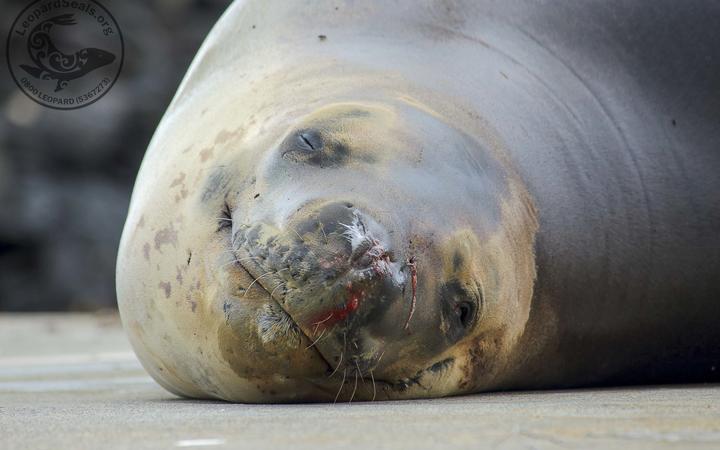 Owha the leopard seal is believed to have recovered from a wound that may have been inflicted by a person shooting her. Photo: Rick Bout / Leopardseals.org

Owha is well known around the Waitemata Harbour and in late October was spotted with a bleeding nostril. Vets believed it was most likely the result of a bullet wound.

DOC launched an investigation, but said it had not been able to work out where Owha was injured, or who was responsible.

CCTV from local marinas where Owha often sunbathes did not provide any clues.

No one has been charged and DOC has decided to close the investigation. If further information becomes available, the case could be reopened.

Owha appears to have recovered from her injury and is behaving normally.