Owha the marauding leopard seal is somewhat a local legend in Auckland's Upper Waitemata Harbour, where she has made the wharf and marina her home for the past five winters. 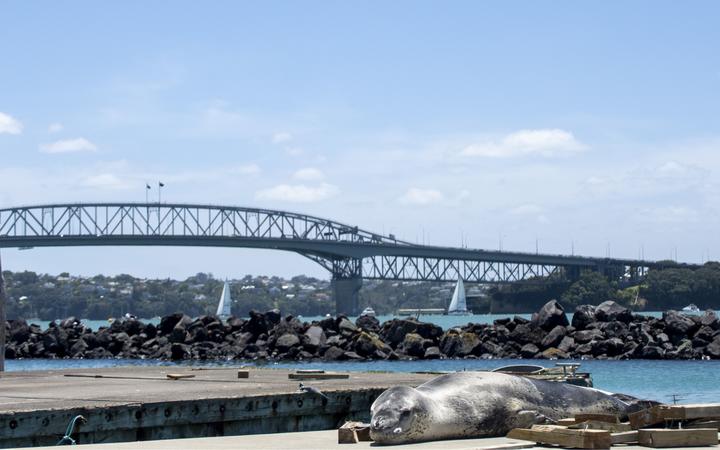 But much to boaties' dismay, this seal's favourite pastime is popping inflatable dinghies - and submerging small boats.

Marine biologist Ingrid Visser has been tracking her and works for Leopard Seals NZ, a non-profit organisation set up to better protect the species.

Dr Visser said Owha enjoyed playing with inflatable dinghies and had recently taken to putting her head on empty dinghies and flooding them.

"We have to be very aware and warn people that if they see her in the area and can avoid getting in their dinghy they need to do that. We have to be smart, she is a very intelligent animal and she's big but she's not malicious, she's incredibly curious."

The organisation is holding a public meeting tonight to educate people about living with a leopard seal in the city.

Leopard Seals NZ has a hotline for sightings - 0800 LEOPARD - which sometimes receives 30 calls a day. 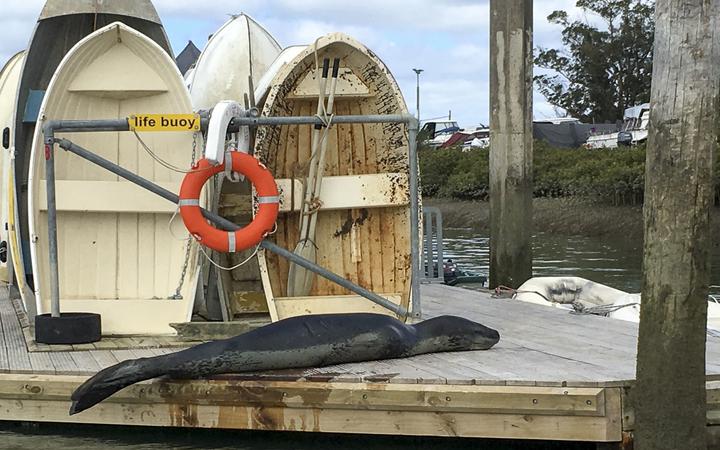 In the upper reaches of Waitemata Harbour, Owha sometimes upsets the community's tranquillity.

The Herald Island Boating Club puts up signs on the wharf warning the public to keep their distance when Owha visits.

Club captain Craig Carr has lived on the island for more than two decades and said the leopard seal had been visiting more often this year.

"She enjoys the Upper Harbour, the peaceful tranquillity of it in the winter months. There's plenty of food, good fish to be caught, and there's no other competition for the type of food she goes for in the Upper Harbour so she's basically top of the food chain."

The boating club advised its members to use their outboard motors because the disturbance chased Owha away.

Leopard seals are protected and the Department of Conservation recommends staying 20 metres away.

A Herald Island Community Wharf trustee Noel Rugg said there was concern about people's safety around such a wild animal on the popular wharf that could not be closed off to the public.

"We don't have the facility at the moment of closing off the wharf on a partial basis. We need to get a gate like a swimming pool gate to stop people going down there because it's scary and nobody knows what action it may take if they get close to it," Mr Rugg said.

He said the marina had just received a permit that allowed leopard seals to be moved on with a hose.