A New Zealand scientist has embarked on a plan to make leopard seals New Zealand citizens. 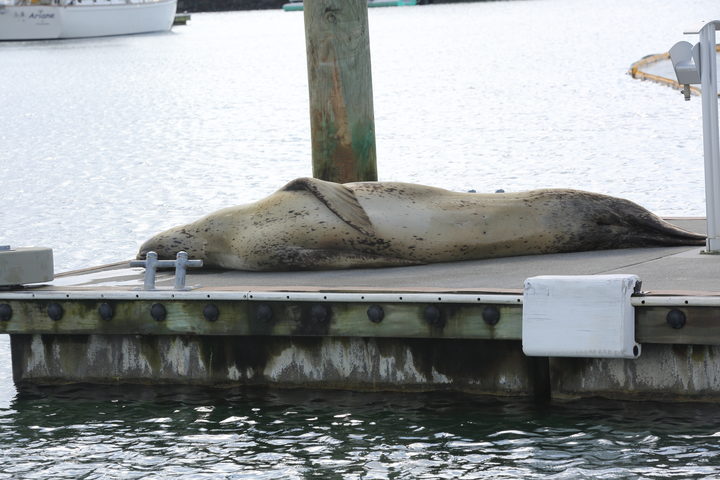 There is a database of more than 3000 sightings of leopard seals around New Zealand. Photo: Supplied / Niwa

National Institute of Water and Atmospheric Research (Niwa) cetacean biologist Krista Hupman said the movement of the species north from Antarctic waters to settle on New Zealand's more balmy shores warrants a change in their status from "vagrant" to "resident" species.

Dr Hupman said the move to reclassify them is prompted by the habits of one in particular - Owha, the female leopard seal, who has been a familiar site around New Zealand waters for about six years.

Dr Hupman has been tracking the seal for some time. Her interest in the species was sparked while working as a marine ranger in Auckland with the Department of Conservation. 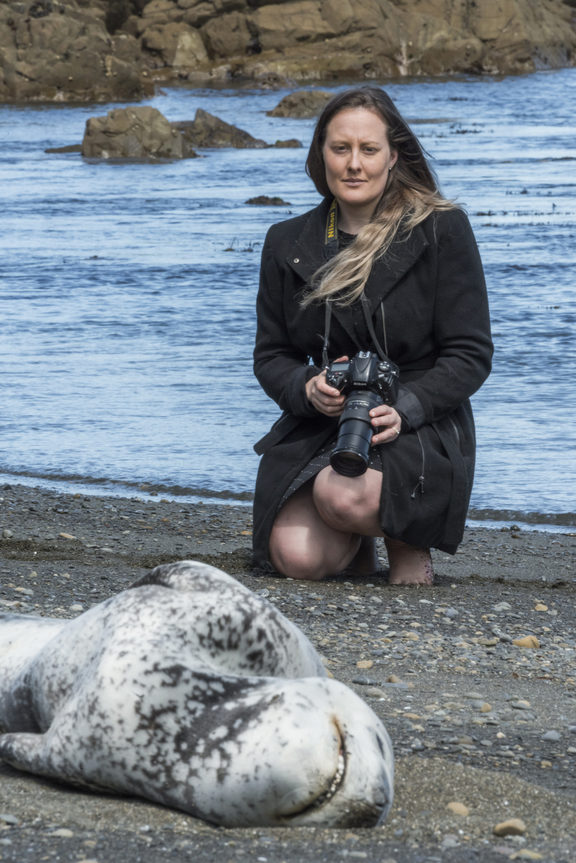 "A leopard seal turned up at Westhaven Marina and we had a lot of interest. It's an interesting animal to turn up as it's an Antarctic species and we didn't know if they occurred around New Zealand very often."

The predators have always been described as an Antarctic species distributed widely throughout the pack ice.

Owha has been a familiar site around New Zealand for about six years. She especially likes the marinas between Auckland and Whangārei, sleeps on pontoons and has recently been spotted wallowing among the mangroves.

Dr Hupman was tasked with managing the animal, which was not an easy task.

"The first question I was getting was maybe we should move the animal because she doesn't belong here. I thought that was an interesting question as I didn't know a lot about leopard seals at the time."

It sparked a new realm of research, including a research group and a non-profit organisation called LeopardSeals.org.

"Basically I went on a hunt to find out if leopard seals are members of the New Zealand fauna, what they're classified as, how many are here, where they come from ... all these questions surfaced from that one animal turning up in Auckland."

Dr Hupman said the move to reclassify them is driven by the fact leopard seals are now in every region of New Zealand, and there have now been three breeding events in New Zealand waters.

"The campaign is for all leopard seals but Owha is setting a bit of a precedent. We have the most information about her as one leopard seal, while we have some about others which are following similar patterns - she just seems to be the most 'abnormal' from what we know of others.

"So yes, I'm campaigning for the species to be changed from vagrant to resident species of New Zealand."

Dr Hupman said the impact of climate change is something they are looking into.

"It could definitely be, but we don't have any definitive answer at this stage but it has posed more questions than we have answers."

She said there are not many other species of Antarctic seal to have done the same as the leopard seal. There is now a database of more than 3000 sightings around New Zealand.

"There is definitely something going on that is shifting leopard seals further north, but it's not just a New Zealand phenomenon - it's happening in Australia, South Africa, South American and in most of the sub-Antarctic islands.

"It just so happens we're doing the research here to find out why they're coming here."

Dr Hupman said leopard seals are "opportunistic predators" and changes in their diet could be dispersing them.

She and the team at LeopardSeals.org have several scientific papers on leopard seals awaiting publication which will be used to show this species is a resident species in New Zealand waters. It will be supplied to the Department of Conservation for a status review.

"We didn't set out to change the status of the species, we just really wanted to find out if they are a New Zealand species and how often are they here, and it surprised all of us to find out what we have."

Dr Hupman said while they are keen for people to report sightings of leopard seals, the public is also reminded to keep a fair distance from them. Leopard seals are known to be aggressive to humans so should not be approached.

The organisation is interested in any sightings of leopard seals and is asking people who have seen them to call 0800 LEOPARD (0800 5367273) - to record the date, time and location and if possible, take a photograph.