Eight of the 10 people shortlisted for the 2020 New Zealander of the Year award are women. 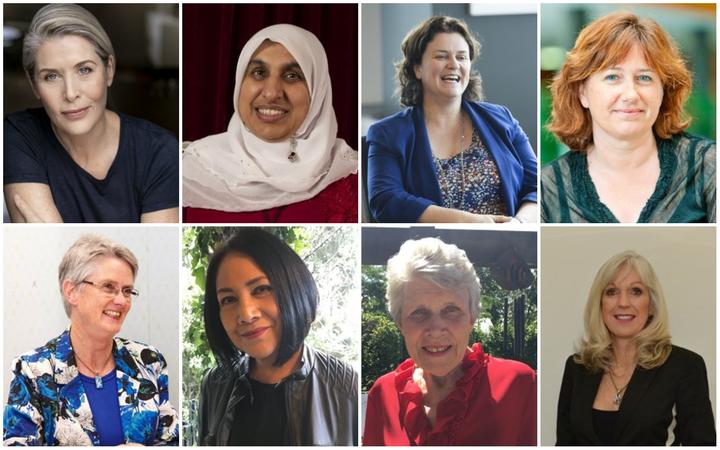 The award is given to someone who contributes to the wellbeing of New Zealand through their inspiration and leadership.

Three finalists will be announced on January the 27th.

Gaze has championed the eradiction of landmines in Eastern Europe and Africa as well as pivotal outcomes in education in Europe.

At home in New Zealand, Gaze funds a range of education intitiaves including a cognitive intervention programme for high-spectrum students.

Research findings throughout Professor Harding's career have significantly informed and changed health policy and practice in New Zealand and globally.

The Sugar Babies Study, published in 2013, was the first to show dextrose gel massaged into the inside of a baby's cheek is more effective than feeding alone for treating low blood sugar.

Journalist and co-editor of E-Tangata dedicated to building a stronger Māori and Pacific presence in the media, Misa is also the chair of Mana Trust - which produces the online magazine.

Tapu was a NZ Herald columnist for 11 years and served on the Broadcasting Standards Authority from 2002 to 2010.

Vaccinologist, senior lecturer, and director of the Vaccine Datalink and Research Group at the University of Auckland, Dr Petousis-Harris has contributed to immunisation-related research in New Zealand for more than 20 years.

Her research includes the effectiveness and safety of vaccines, notably leading a seminal contribution to the development of desperately needed gonorrhoea vaccines.

Political and human rights activist, Rahman works for the right of Muslim women, especially speaking against discrimination of Muslims.

Rahman was the founding member and the first secretary of the Islamic Women's Council in New Zealand, a founding member and on the board of Shama (Hamilton Ethnic Women's Centre), serves on the board that runs Hamilton's community access broadcaster FM89, is a trustee of Trust Waikato as well as being part of a governmental working group reviewing the needs of the sexual violence sector.

Litigation specialist and the founder of Our Words Matter (an online forum for sharing ideas to solve the issues that affect New Zealand), Shortall is the the founding trustee of 'Who Did You Help Today?' - a trust designed to unleash the magic of helping so that social good grows in New Zealand.

She has also initiated The Homework Club, Mothers' Project and HelpTank.

With a medical career spanning 42 years, Dame Margaret Sparrow has made extraordinary contributions to the field of sexual and reproductive health.

She opened New Zealand's first abortion clinic and vasectomy clinic, held the post of President of the Abortion Law Reform Society for more than 30 years and is acknowledged as a trailblazer in the campaign for legal abortion in NZ.

Along with her professional work as an actor and director, she is also President of Equity New Zealand, co-founder of Watershed Theatre, a co-founder of the drama school The Actors' Program, a trust board member of The Actors Benevolent Fund, 2018 SPADA/Data Book Industry Champion and theatre patron.

She also has a commitment and passion for te reo Māori me ōna tikanga and has been trained and working as a intimacy coordinator on stage and screen.

Cancer survivor and self-declared genetically modified organism, Downs is an ambassador for the Malaghan Institute, and poster-boy for CAR T-cell therapy.

After 12 rounds of punishing chemotherapy, he was told his cancer was terminal but his fate turned when he got into a USA CAR T-cell therapy clinical trial. Downs is now working tirelessly to help bring the ground-breaking cancer treatment that saved him to New Zealand.

In addition to building a billion-dollar company and developing the world's only private orbital launch site, Beck played a crucial role in establishing international treaties and legislation to enable launch capability from New Zealand.