A Gisborne forestry company has been fined $152,000 for contributing logging debris that caused millions of dollars of damage during two heavy rainfall events. 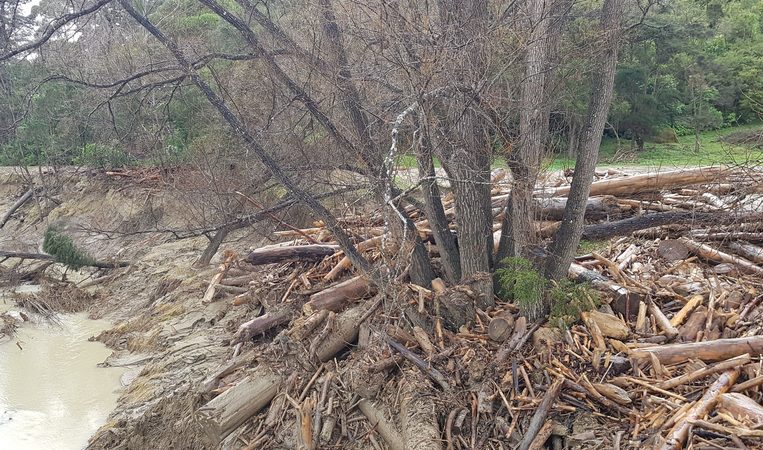 Juken New Zealand is one of 10 companies prosecuted by Gisborne District Council after tonnes of debris - known as slash - washed onto farms, roads and waterways in June last year.

In his sentencing notes, Judge Brian Dwyer said Gisborne District Council's failure to monitor Juken is reprehensible and irresponsible, and it failed to meet its obligations by ensuring the company kept to its consent conditions.

Tolaga Bay suffered the most slash-induced damage in the June storms, and Hikurangi Forest Farms will be sentenced for its part in that in February.

Another eight companies will go to trial next year.