Government workers say electric bikes are life changing after a new initiative that gives them up to 50 percent off purchase prices. 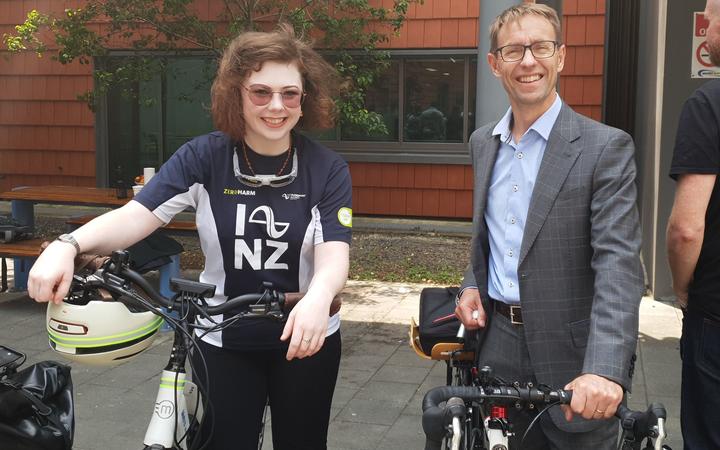 Sophia Gray who has lost 30kg since buying an e-bike and Dr Ashley Bloomfield, the Director-General of Health. Photo: RNZ / Charlotte Cook

The discount initiative was launched by the Associate Minister of Transport to improve health, reduce emissions and congestion.

Fifty thousand government workers are expected to be offered the deal over the next year, with discounts of between $300 and $1200.

Genter said they are increasingly replacing car trips because of the ease of use, allowing riders to get up hills and avoid a sweaty commute.

She said one of the barriers had been the cost of the initial purchase.

"I think it's one of the biggest opportunities we have to really revolutionise transport in our towns and cities in a way that ticks all of the boxes.

"It's cleaner, it's cheaper, it's healthier, it's fun, and it's going to avoid congestion completely," said Genter. 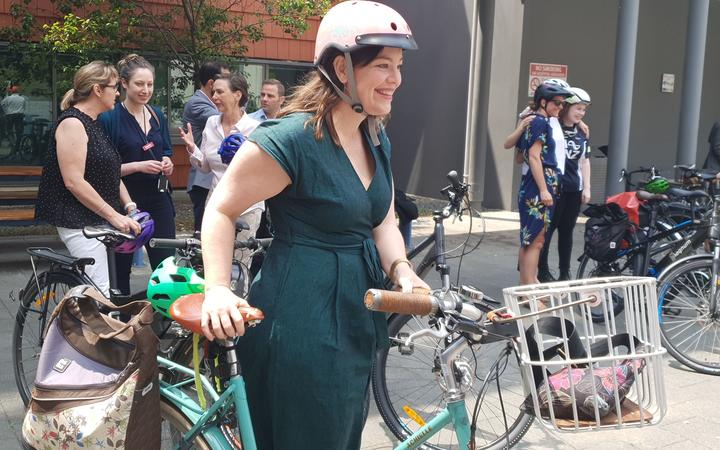 The Transport Agency rolled out the deal as a trial for its staff last year.

Sophia Gray took up the opportunity to get her hands on an electric bike and said it had changed her life.

"I've lost 30kg, it cut down my commute from 45 minutes to 12. It allowed me to be mobile again because I've got massive joint problems. So it means I can exercise without being in pain. It gets me around it.

She said once the price barrier was removed it was an easy decision to convert to an e-bike.

David Tripp from Doctors for Active and Sustainable Transport said anything that motivated people to get onto two wheels is a good thing.

"There's really good evidence now that regular cycling will reduce your rates of ischemic heart disease of diabetes of cancer, breast cancer, colon cancer, being regularly on your bike.

Mr Tripp said he used his bike everyday, and he loved to speed past people in their cars stuck in traffic.

He also believed that it would help solve parking issues at hospitals, where staff have been reported to arrive hours early to secure a park.

There are eight e-bike suppliers to choose from, offering different bulk-discounts, with trials and financing options. 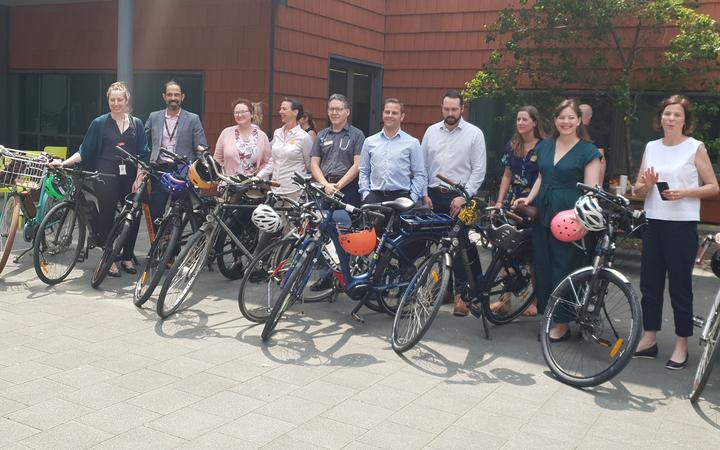