A highly technical operation is underway to get the Australians badly hurt in the Whakaari / White Island disaster back home to their families. 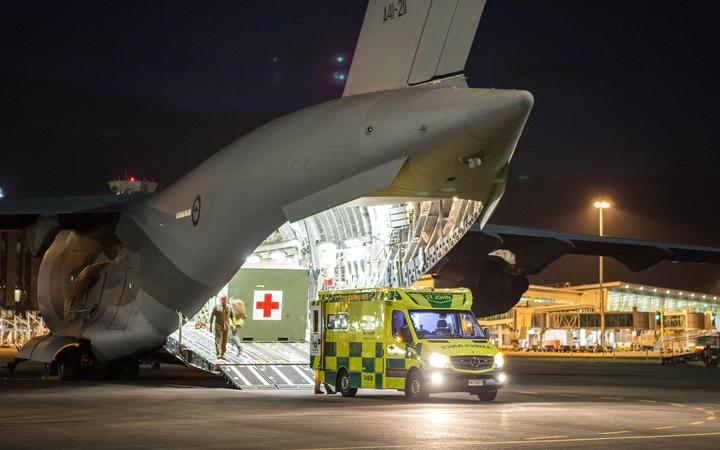 Not only will it be a big relief for their relatives to have the patients home, New Zealand clinicians say it'll ease the pressure on hospital staff who've been working around the clock since Monday.

Seven Australian patients have so far been flown to either Sydney or Melbourne and a further six are expected to be transferred today.

Three Australian Air Force planes are being used as flying intensive care units to carry out the delicate operation, along with the New Zealand Air Ambulance Service.

The president of the Australia and New Zealand Burn Association, Jeremy Rawlins, said it will be hugely beneficial for the patients to be home.

"In terms of treating burns patients it's a long and complex process that, yes, involves a lot of early surgery and early rehabilitation but also longer term rehabilitation.

"Those patients who will survive these injuries will need to have ongoing care and if that can be started at the point where they're going to have that ongoing rehabilitation and reconstruction then that's beneficial for all parties."

Like their New Zealand counterparts, it will be unprecedented for Australian clinicians to have this number of patients with such complicated burns injuries.

"Burns are a very difficult pathology to treat [but] these burns in particular are difficult because they're a combination of thermal injuries plus chemical burns. Patients have also breathed in a lot of smoke. There are still a lot of patients who are at risk, sadly, of losing their lives." 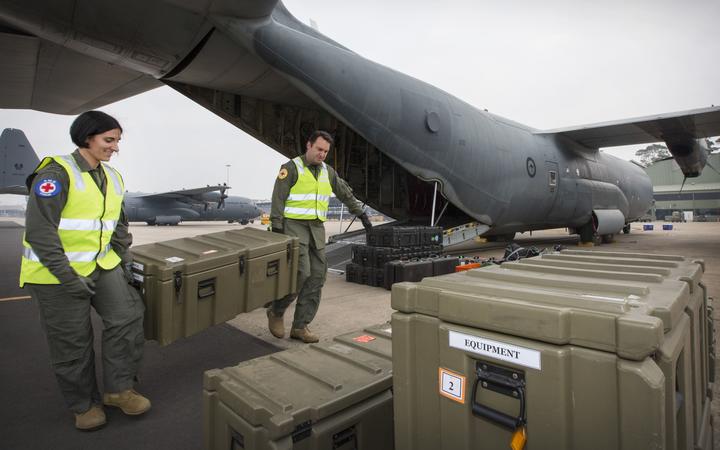 Flight Lieutenant Danielle Polgar, left, and Squadron Leader Shamus Shepherd load a C-130J Hercules prior to a mission to repatriate Australians at the Royal Airforce Base in Richmond. Photo: AFP / Department of Defence

Along with victims of Monday's eruption, Dr Rawlins said the bush fires currently sweeping through parts of Australia were leading to even more patients needing treatment at the country's burns units during what's already a busy time of year for them.

"As the weeks pass the work will actually, in some regards, have to increase. These patients hopefully will survive over the next days and weeks but then the job of rebuilding their bodies and doing more in terms of skin grafts and so forth will be necessary. So yeah, it's going to be a busy few months."

The New Zealand Air Ambulance Service has been flying victims of the eruption to various burns units across the country - as well as across the Tasman - in its fleet of pressurised specialist aircraft.

"It involves lots of different agencies and co-ordination on a national scale and I think the key to that has been communication between the district health boards, the burns units, the aero-medical services, the ICU flight teams.

"So it's certainly multi-disciplinary and involves a lot of people, particularly when it involves trans-Tasman transfers."

Dr Shay McGuinness, the service's medical director, told Morning Report that they key to transport critically ill patients was to find the best window when the risk-benefit ratio was in their favour.

"So at times, you've got to react quickly when a patient is in a period of being stable to be able to transport them safely.

"It really comes down to expert opinion among both the burn specialist, the intensive care specialists, and the aeromedical people to decided - where the risks lie, what the benefits are, and whether it's the right time to transport patients."

The risks of transport are minimised by having experienced specialists and critical care flight nurses onboard as well as being well-equipped, he said.

"But there's always some small risk for transport ... because you're flying Trans-Tasman you clearly can't just pull over on the side of the road if you, for instance, have an equipment malfunction." 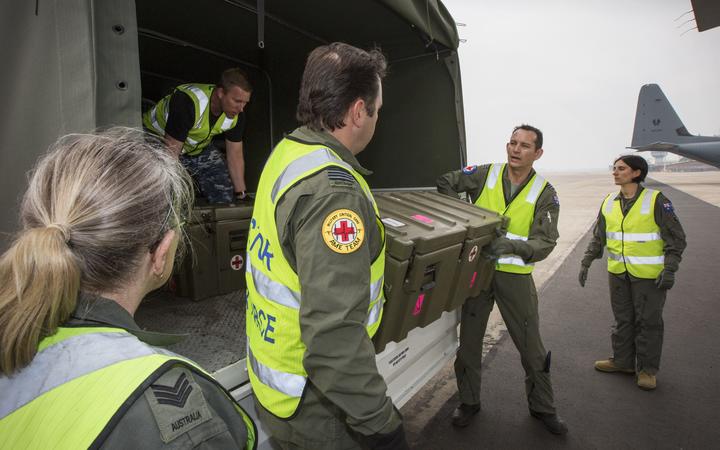 An experienced burns doctor says the Australian Air Force's transport of patients home is the best option for their long-term care and recovery. Photo: AFP / Department of Defence

"There's a difference between just using the nearest available transport means and using a professional critical care transport service and one of the overall aims is that they're well-equipped and well-trained and this is the job we're actually tasked to do.

"However, these are critically ill patients and the Australian Defence Force teams that have come over will have their hands full transporting them."

He said the air service was used to transporting severe burns patients from countries that lack resources, but the nature and scale of this incident had overwhelmed the country's burns units.

The nature of the injuries, being chemical, had also further complicated risk in transport, he said.

"A number of chemical injuries can cause disturbances of some of the metabolic functions of the body, particularly around calcium metabolism, and that can have ongoing effects on how well the body functions under stress."

Director-General of Health Ashley Bloomfield told a media briefing yesterday that he "can't put enough emphasis" on how helpful the efforts of Australia have been, saying they will halve the number of patients New Zealand hospitals need to treat. 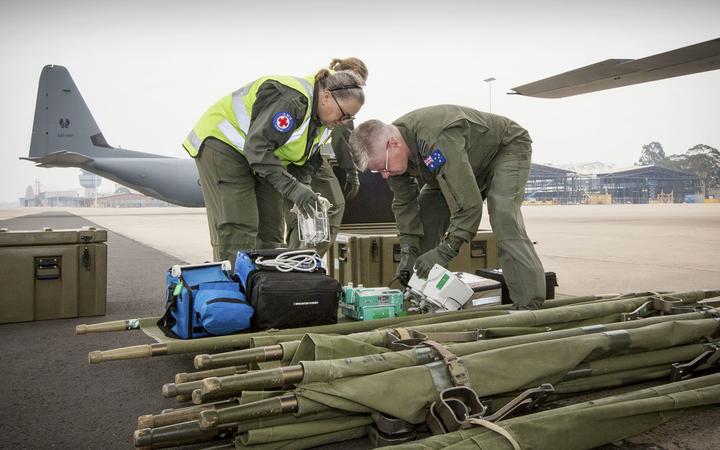 The transfer of patients to Australia will continue today. Photo: AFP / Department of Defence