A number of Whakatāne locals are spending their time near the cordon, looking out to the ash cloud from Whakaari / White Island that can be seen in the distance. 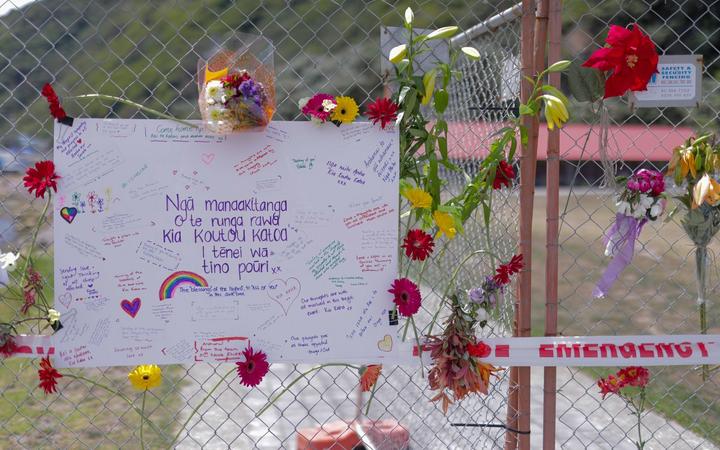 Tributes at the cordon for the Whakaari/White Island eruption Photo: RNZ / Dom Thomas

They sit in silence as small children carry flowers to place on the cordon fence which is now a makeshift memorial - everyone here knows someone who is affected by the eruption.

Locals say this is where they come to spend time together; in a few weeks time this place will be bustling with families, kids jumping into the water, people playing sports on the fields.

Standing in the heat of the sun, one local man said earlier a group of about 30 people arrived to place a message of aroha on the fence.

In July this year, as a 20th birthday present, he and his whānau made the trip out to the island.

He remembers Hayden Marshall-Inman, the tour guide who was killed during the eruption.

"He was such a nice guy, he really knew his stuff as well."

At the time the alert was also at level 2, he said.

The safety briefing was the same as always, he said, but those making the trip were given masks because the closer they got to the crater the more intense it got.

"They seemed to think it was just like any other day," he said.

"There was a bit of concern about us going out but we ended up going out anyway." 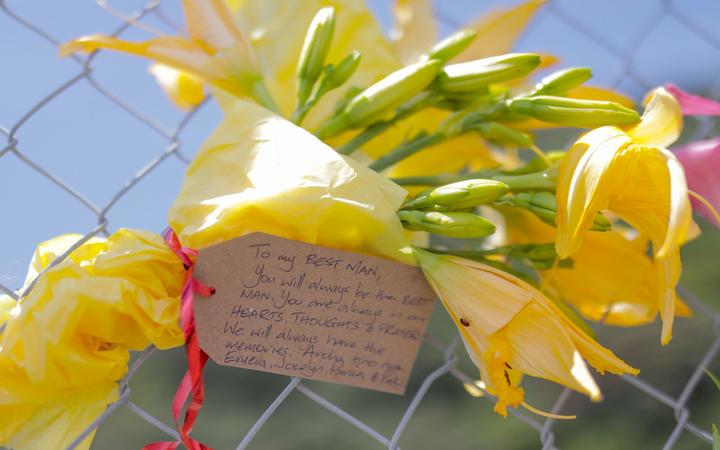 It was a daunting experience, he said.

"You're given lollies when you're out there because the sulphur is so intense that your mouth starts to feel funny.

"You can imagine for the people that were out there for the eruption, how intense that would be because it's acid and steam and rocks."

With people going out to Whakaari everyday, something like this was bound to happen, he said, but with tourism being such a key industry in the town, it's risky to let it go.

The man's grandfather works in the town's other main industry - at the mill.

For tours out to Whakaari however, health and safety has intensified drastically in the last five to seven years, he said.

"For this town, being from here, you want it (tourism on the island) to continue, it's the biggest source of revenue for the town really."