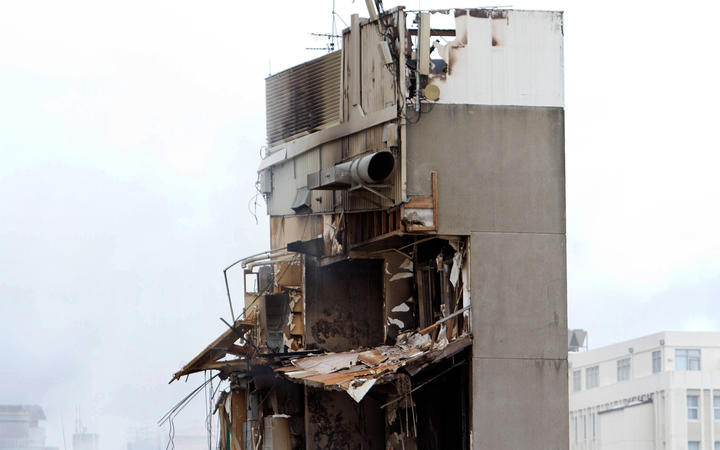 CTV building in the central business district in Christchurch on February 23, 2011, a day after the city was rocked by a powerful earthquake. Photo: Marty Melville / AFP

Serious structural design flaws have been confirmed at the new eight-storey block in central Christchurch and it is out of bounds to the public.

Back in February 2011, when the quake hit, Tom Hawker had gone across the road to get lunch and could only watch as his workplace, the CTV building, collapsed, killing 115 people.

The system that failed to weed out the bad design of the CTV building in the 1980s, had failed again over 230 High Street, he said.

"It's very concerning because if this is one building that's got through, how many more are getting through the cracks?" he said. 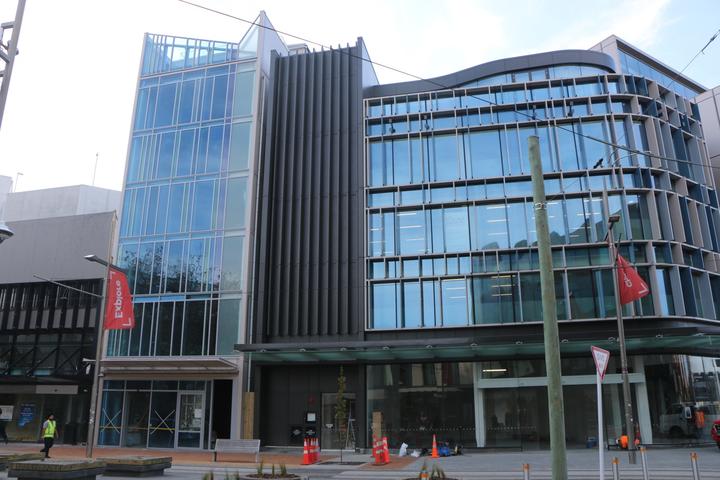 The council's head of consenting, Robert Wright, said most of the engineers they dealt with were "fully competent" - and needed to be as the council relied on them.

Not only was the design flawed, but those flaws were approved by an independent peer reviewer, and all the regulatory steps taken were also looked at and approved.

"That for me is a fundamental issue that we need to give consideration ... we don't re-engineer peer reviews of buildings like this," Mr Wright said.

"It would be awkward to think that that doesn't have integrity because that would stop our construction industry."

The council consented the plans but now refuses to give the building a code compliance certificate. It can't because experts have found it does not comply with the Building Code in 10 different ways.

The council said it was up to the building owner over what to do next. The overall regulator, the Ministry of Business, Innovation and Employment, put it back on the council and the owner.

"As the Building Consent Authority, Christchurch City Council has responsibility for considering information about the building and taking any actions necessary under the Building Act to ensure public safety," the ministry's determinations manager, Katie Gordon, said.

"At the end of the day, the council has to take responsibility, they're the ones that signed it off."