Surf Life Saving says it would ban inflatable toys from the beach, if it could, because they're putting lives at risk. 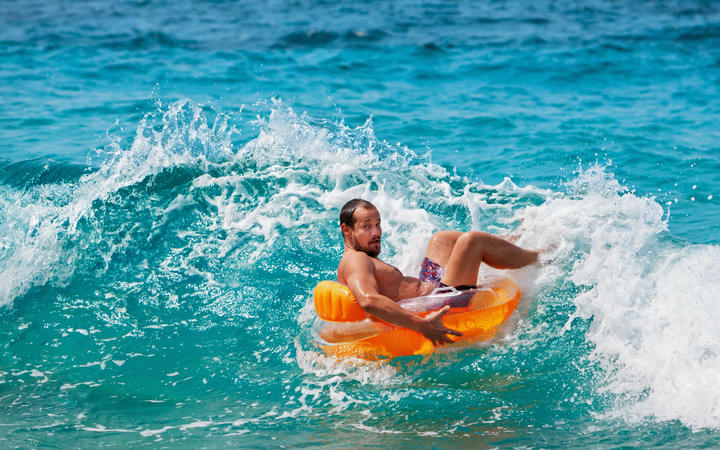 Anyone buying inflatable toys as Christmas presents should stop and think about where they will be used, Surf Life Saving says. Photo: 123RF

Chief executive Paul Dalton said blow-up toys were fine for swimming pools, but more people had been taking to the surf with them in recent years, which was creating a life-threatening hazard.

"The main problem with inflatable toys is that when you have an off-shore breeze, they can be blown kilometres out to sea without any problem at all. It puts people in a pretty precarious situation."

Mr Dalton said anyone who got in trouble, should keep hanging onto the toy to keep afloat and raise their hand for help.

But he said many people panic, ditch the toy and try to swim back to shore and end up struggling.

Surf Life Saving said - tongue-in-cheek - that it would also like to trespass the toys from beaches.

Anyone buying inflatable toys as Christmas presents should stop and think about where they will be used, the charity said.

It's trying to raise awareness about inflatable toys as part of its campaign, called "Ready. Set. Summer", which highlights safety messaging around inflatables, surfing, body boarding and stand-up paddle boarding.