The engineer whose firm designed Christchurch's CTV building is being accused of abusing the system to avoid accountability. 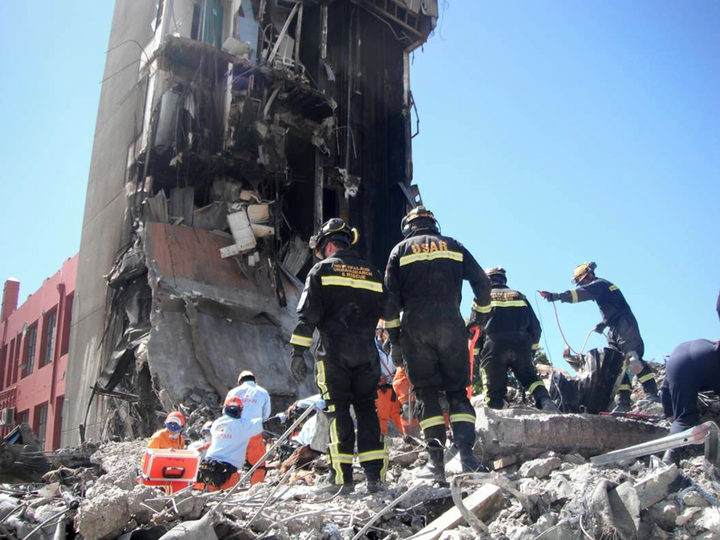 The CTV building after the February 2011 earthquake in Christchurch. Photo: USAR / AFP

Alan Reay is appealing a High Court decision which would have cleared the way for his professional body to investigate his supervision of the design of the building that collapsed during the 2011 earthquake, killing 115 people.

Standing on the site of the CTV building today, former Building and Housing minister Nick Smith joined Maan Alkaisi, who lost his wife in the collapse, in condemning Dr Reay's latest effort to prevent his actions from being investigated. 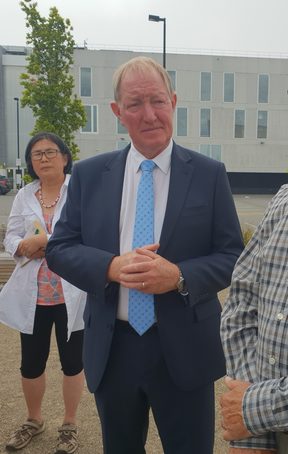 "We think this is one of those situations where eight years has passed with the grief of the families and actually in my view a worrying sense amongst New Zealanders that our system of accountability for professionals is lacking."

An attempt by Dr Reay's professional body, the Institution of Professional Engineers, or Ipenz, to look into his role in the matter was scuppered when he resigned from the body.

This will now be delayed due to Dr Reay's appeal.

Dr Smith, who was also an engineer, accused Dr Reay of trying to game the system.

"Dr Reay challenged the technical conclusions by the royal commission... he then challenged the people that were sitting on the engineers' investigatory committee... then thought he could thwart the process by simply resigning and now his actions in taking this appeal to me says that these are shenanigans that are designed to actually undermine the credibility of the complaints process."

The royal commission found Dr Reay did not properly supervise the work of David Harding, the engineer he put in charge of designing the building.

Dr Smith said there were important questions for Dr Reay to answer in terms of the accountability of senior engineers and their role in guiding those more junior to them.

The MP accused Dr Reay of acting in bad faith in delaying the process.

"Dr Reay and his lawyers in one breath make repeated appeals and then argue before those appeal authorities that the process should not be able to continue because it has gone on for too long."

Maan Alkaisi, who lost his wife in the disaster, said the ongoing delays meant that eight years on, the families of those who died were still not able to move on.

"He is not taking responsibility for his actions for the past eight years. He didn't show that he [had] learned lesson and this is why the case was dragging [on] year after year."

Through his lawyer, Dr Reay declined to comment on the reason for his appeal.

In a statement released through his lawyer at the time Ipenz decided to resume its investigation, Dr Reay said he refused to be a "scapegoat" for the tragedy.

He reiterated that he did not resign his membership of Ipenz to avoid disciplinary action but because he was dissatisfied with the way it handled issues he had raised.