The Queenstown Lakes District Council has placed its emergency operations team on standby as levels in the southern lakes continue to rise. 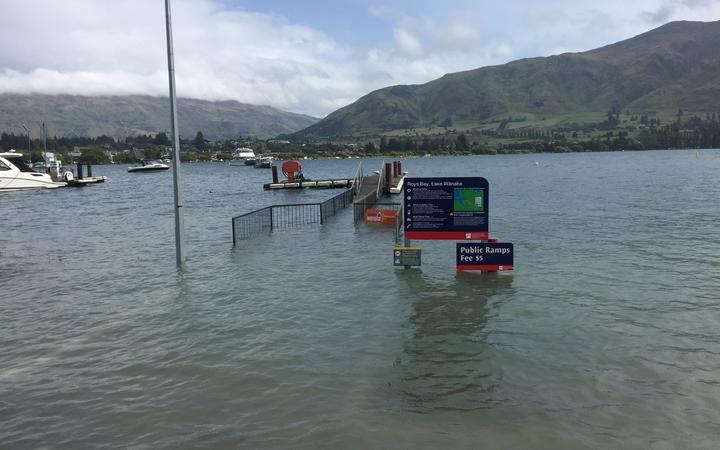 Lake Wanaka, pictured on Tuesday, is full to the brim - and there's more rain in the forecast. Photo: Supplied / Krystle Theunissen

It was also considering providing sandbags as a precautionary measure in Wanaka from tomorrow morning.

The council's corporate services manager Meaghan Miller said the council was on a watching brief.

"The lakes are certainly very full and there is more rain in the forecast," she said.

MetService said more rain was on the way, adding to the heavy rain in Otago headwaters this week.

The Clutha and Kawarau rivers which flow out of the lakes were also continuing to rise.

She said the priority at the moment was Wanaka and the council was keeping nearby businesses informed. It would provide sand and sandbags for concerned businesses and property owners as a precautionary measure.

"It's not ideal and no one enjoys it when the lake is high - it makes everyone a bit anxious, but we're keeping retailers informed and we will, if necessary look to make sandbagging available.

"We'll probably look at that in Wanaka as a priority because when the lakes are high we can then get wind, and wave action can cause a few issues for us too." 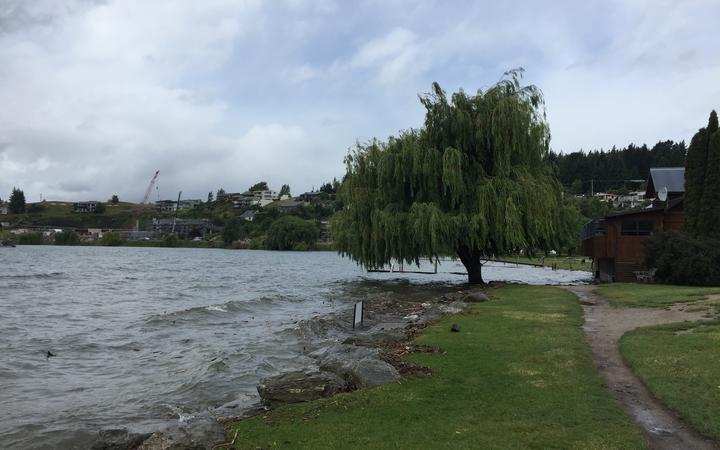 It was possible one or two premises could get a wet floor, but for the remainder it might mean wet feet, she said.

"The lakes are big, and they take a long time to rise, and they rise slowly and steadily. It's a little bit like flooding by teacup," Ms Miller said.

"We've kept businesses informed that are in the potential flood zone, but we're hoping the rain will ease off before we have too many issues."

The council said the conditions and predictions would be reviewed early tomorrow to confirm the need to go ahead.

If needed, sand and sandbags would be available from the Dunmore Street carpark.

At present the decision has been made not to issue sandbags and sand for other areas where the risk was not as high at this stage, such as the Queenstown lakefront, Glenorchy and Kingston.

Storm putting business out of action

Wanaka Water Taxi owner/operator Krystle Theunissen said her company might be out of action until next week if the stormy weather continued.

She had staff to pay, but no work coming in, she said.

"We can't operate now so yeah it's definitely impacting us. I have staff to pay and I have no money coming in, and we only operate during the summer so this is an important time for us. But no-one wants to go out when it's raining like this and they have to go through the water to get to the jetty so it's not very nice at the moment," Ms Theunissen said.

While she was hoping for good weather, that wasn't forecast to arrive until next week.

Instead, she and her staff were offering to pitch in if anyone in the area needed help if it flooded.

"For anyone in town that is affected by this, let us know and we have extra time so we can come and help out if anyone needs some extra hands, and once the sun comes out please all come on a trip with us so we make up for this loss," she said. 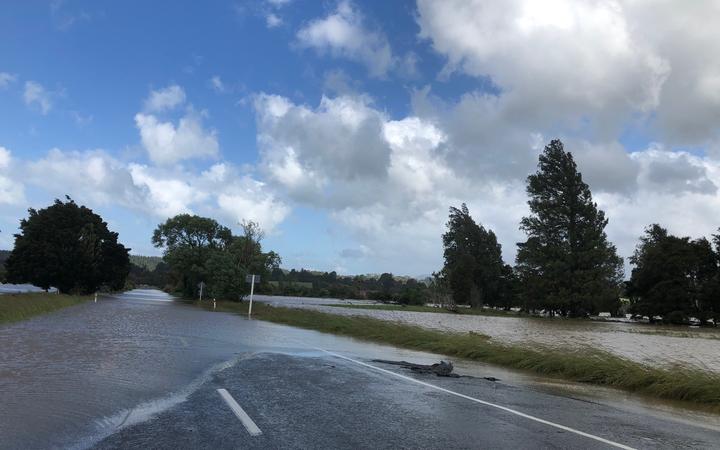 In the Wellington region, it left a trail of damaged trees, power poles and house roofs.

At the height of the storm the capital's double-decker buses were ordered off the roads and citizens were advised to stay in their homes and not travel unless absolutely necessary.

Gusts of up to 150-kilometres an hour were recorded in parts of Wellington, and up to 90 an hour in Auckland and Nelson.

About 800 homes in Upper Hutt lost power for a time and high winds at Wellington airport also caused flight cancellations and delays.

The mayor of Westland said heavy rain on the West Coast has triggered warnings in several rivers.

Concerns were held before a high tide in the mid-afternoon affected coastal parts of rivers.

Mayor Bruce Smith said the Waiho River was in flood and the Hokitika River was running bank to bank, while the alarm had been activated on the Buller River and on tributaries on the Grey River.

MetService meteorologist Rob Kerr says the front that brought the weather conditions was moving away and wind speeds were easing later as the afternoon progressed.