The Otago Daily Times has apologised for publishing a cartoon that jokes about the measles outbreak in Samoa, where 55 people have died. 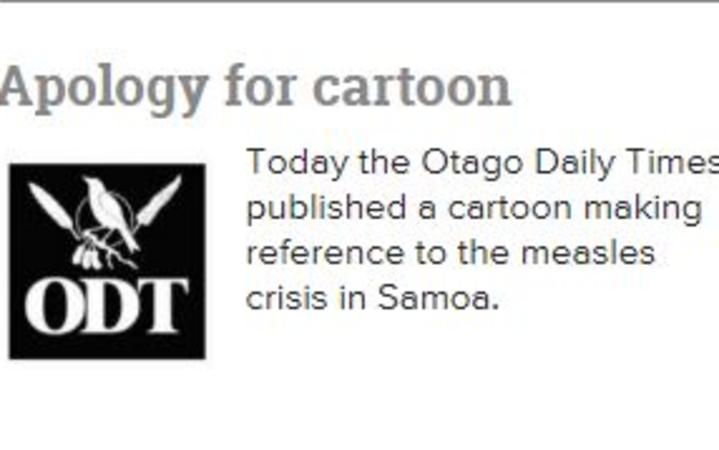 The link to the apology as it appeared on the Otago Daily Times website. Photo: Screenshot / ODT

The cartoon by Garrick Tremain shows two people walking out of a travel agent and one remarking that the least popular spots right now are the ones people are picking up in Samoa.

It sparked outrage online and was labelled racist, heartless and insensitive.

The paper said the content and the timing of the cartoon was insensitive and it apologised for publishing it.

He said it had rejected his work in the past and that it didn't this time was a mistake and it is taking ownership of it.

He said the paper will apologise in an editorial in tomorrow paper.