Military historians are up in arms because there's still no permanent home for the New Zealand Defence Force Library collection. 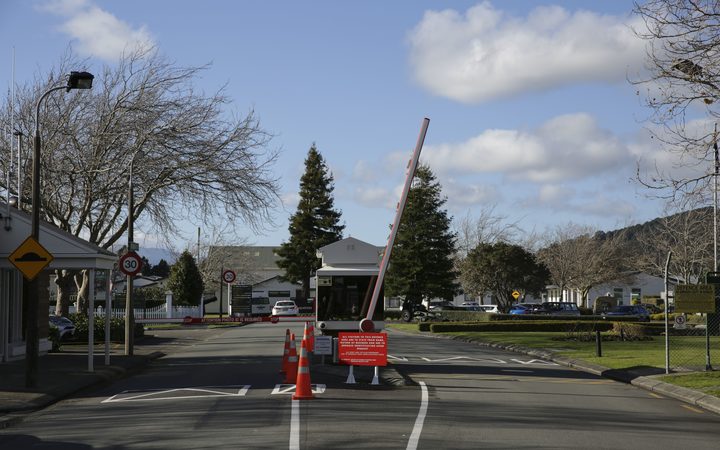 The library shut after the Kaikōura earthquake in 2016 and contents, such as books and service reports, have been stored at the Trentham Military Camp in Upper Hutt.

The Defence Force has a new premises in central Wellington because the old building was demolished.

However, space pressure means the materials won't be shifted into the new site.

That's causing a stir among New Zealand's military historians, who require easy access to the material for their research.

One of them, Peter Cooke, who lives in Wellington, said he was finding it very difficult to request material.

In addition, he said it was already a tricky situation because the Central Library was also out of bounds for quake safety reasons.

"The Wellington public library was also a very useful facility for researchers and historians and recently we've been told by Archives New Zealand that they're planning to halve their opening hours," he said.

Mr Cooke said he was having to find alternative ways to do his research.

In a statement, the Defence Force said people, including historians, could still request material that's stored in Trentham.

"Since the Kaikōura earthquake in 2016 people who wish to access documents from the Defence Library have been able to email the library and the information they require will be made available."

However, it said it was still working on a long-term plan for the library collection.

"Work is underway to find the best location for the collection, preferably within the Trentham area. It is envisaged that this will take some time, given the current demand [for] space."

However, a resolution is being worked on.

It is also believed that some books deemed surplus to requirements in this collection would be offered to other NZDF libraries first and then to other groups as appropriate, the statement said.

A statement from Defence Minister Ron Mark said while it was an operational matter military history and records were important to ensure our stories could continue to be told.

He said he was confident that the Chief of Defence would take that into account when making any decision.

"I note that there may be benefits in situating the library at Trentham for the Staff College students based there, and that the security access requirements of Defence House may preclude a library there being open to the public, whereas a library at Trentham may be more accessible," Mr Mark said.