A West Coast community that's facing a massive bill to stop erosion, is taking matters into its own hands. 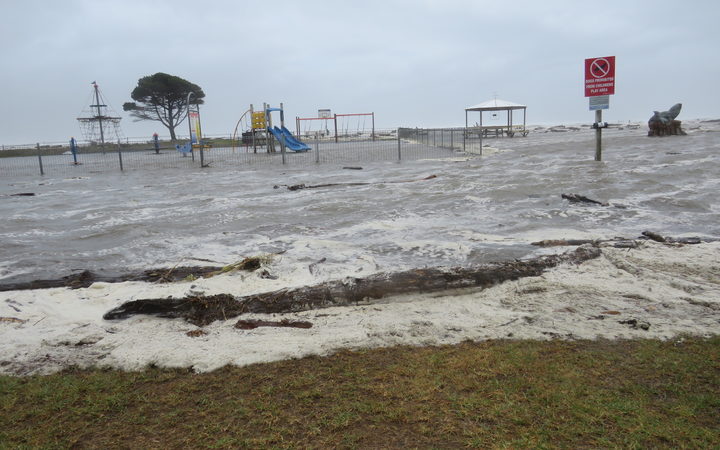 Flooding hits a playground on carters Beach on the West Coast in February, 2018. Photo: Supplied to RNZ

It's estimated it could cost more than $2 million to build a sea wall at Carters Beach to protect the domain and community hall from the sea.

But locals plan to shore up a stretch of the coastline by building a sand bank and using their own labour, estimating it will cost closer to $15,000.

Jamie Cleine, the mayor of the Buller District Council, is praising their efforts and agrees that a sand bank will address the immediate issue.

He said the council will help where it can.

Mr Cleine said Carters Beach residents have always been community-minded and have looked after the reserve for many years.

He said the main problem for the West Coast is damaging, freak weather events.