There are early signs principals and teachers will support the biggest overhaul of the school system in 30 years.

The plan announced today includes creating a new division of the Education Ministry to work more closely with schools, minimum standards for people who want to be principals, and a disputes tribunal where families can contest school decisions.

The reforms respond to long-standing complaints about weaknesses in the devolved and competitive system of school governance and management introduced by the Tomorrow's Schools reforms of 1989.

Education Minister Chris Hipkins said the proposals were less contentious than a first draft made by an independent review taskforce last year and he expected teachers and principals would agree with about 80 percent of the plan.

A significant change in the final proposals was the omission of a system of 20 hubs that would have taken over many of the responsibilities of school boards and principals.

The taskforce instead recommended the creation of a new division within the Education Ministry to be called the Education Support Agency, which would have regional offices that would work directly with schools.

'There could be huge implications'

Massey High principal Glen Denham was a leader of the opposition to the initial proposals.

He said he was pleased the taskforce had dropped the hubs, which would have had the power to hire and fire principals, and he liked the plans for a leadership body to support principals.

However, he was sceptical about where the ministry would find the staff for its new school-focused division and he wanted to see more detail about some of the proposals.

"There are concerns I think around property and around board powers and disciplinary and zoning. There are a number of things that need a lot more clarification," Mr Denham said. 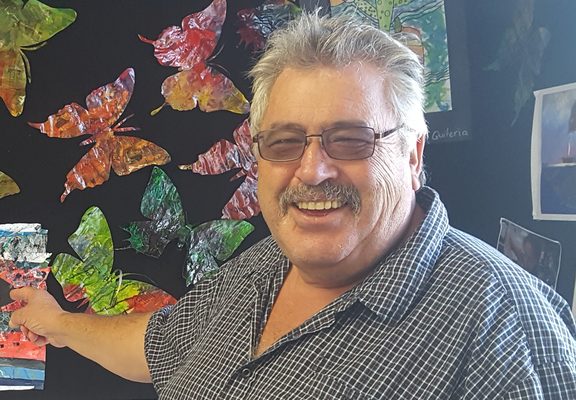 Another opponent of the initial reform plans, Pat Newman from Horahora School in Tai Tokerau said he was pleased to see that principals, teachers and trustees would get more help and advice.

Mr Newman said the final recommendations could have a big impact on schools.

"I don't think these are huge changes to the structure but there could be huge implications. If they fund it correctly, then I think we're going to have a very positive future. If they try to do it on the cheap, which I don't think is their intention, then we're not."

Secondary Principals Association president Deidre Shea said the final report was "less confronting" than the taskforce's first report last year and she expected it would win support from most principals.

"The direction of travel that they are proposing is one that I think will go down reasonably positively in the sector in general," she said.

"It is a significant shift in terms of the thinking around how our education system works, certainly looking at supporting leadership in a much more strategic way."

Post Primary Teachers Association president Jack Boyle said the plan was less radical than the first proposals, but there were still some big changes.

"The reorientation of the Ministry of Education to really focus on that service delivery, that's a really big piece of work, that's a big reform," he said.

Mr Boyle said combined with more support for teachers and principals, the proposals could make a big difference to disparities in educational achievement for Māori and Pasifika students and students from poor families.