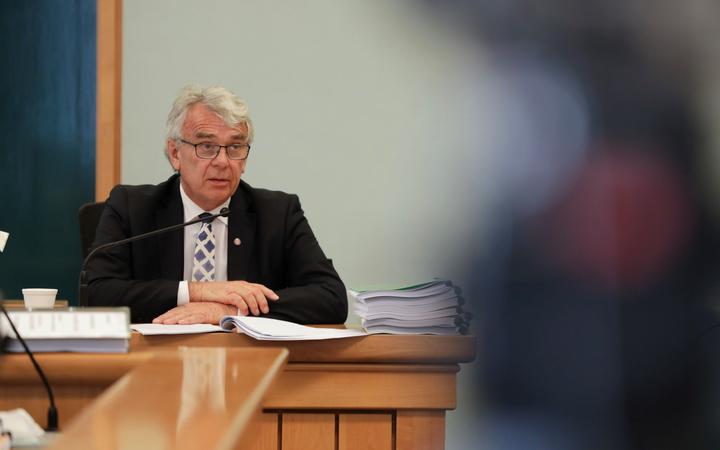 Mr Peters was overpaid his superannuation by nearly $18,000 over seven years due to an error in his application, which he has now paid back.

He argues Mrs Bennett and Ms Tolley should not have been advised of this under the 'no surprises policy', and the briefing increased the chances of it being leaked to the media.

Former Chief Executive of the Department of the Prime Minister and Cabinet Sir Maarten Wevers told the court Mr Peters interpretation of such briefings was incorrect.

He said chief executives are required to serve the government of the day in a politically neutral way.

Sir Maarten said Mr Peters' was a high profile public figure and who received money he was not entitled to and this happened against the backdrop of former Greens co-leader Metiria Turei being investigated for beneficiary fraud.

"Together these factors meant the overpayment to Mr Peters and MSD's response to it were important and was likely to become controversial and open to public debate."

Sir Maarten said there was a risk this would get into the public domain and the minister, who was responsible for the performance and conduct of the ministry, would be "blind-sided by it".

He said the fact this happened in the heat of the 2017 election campaign was irrelevant as the government remained "fully accountable" until the election.

Mr Peters' privacy case at the High Court in Auckland continues this week.