Wellington's new electric cross-harbour ferry is shaping up to slash its owners' fuel bill by $250,000 a year. 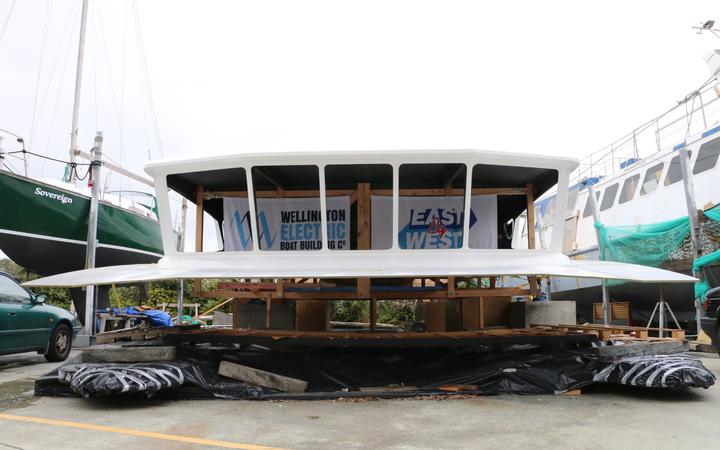 The upper deck of the new ferry being built. Photo: RNZ/Michael Cropp

The ferry, which is being built and assembled by the Wellington Electric Boat Building Company, will carry up to 135 people across the capital's harbour, making about six return trips each day.

It is due to enter service in the first half of next year, joining East by West's two 600 and 660 horsepower diesel ferries which between them carry about 500 people across the harbour each day.

It will be the first electric ferry in the Southern Hemisphere and East by West's managing director Jeremy Ward was pleased as punch to be leading the charge.

"It's gonna be that much more economical. It's a bigger boat, it's 18.5 metres as opposed to 16.5, so it'll have more seakeeping ability so that'll be great, and we won't have to cancel as often as we do [for weather]," Mr Ward said.

At the warehouse where the catamaran's two hulls are being moulded, a sign reads "Weight is Everything". 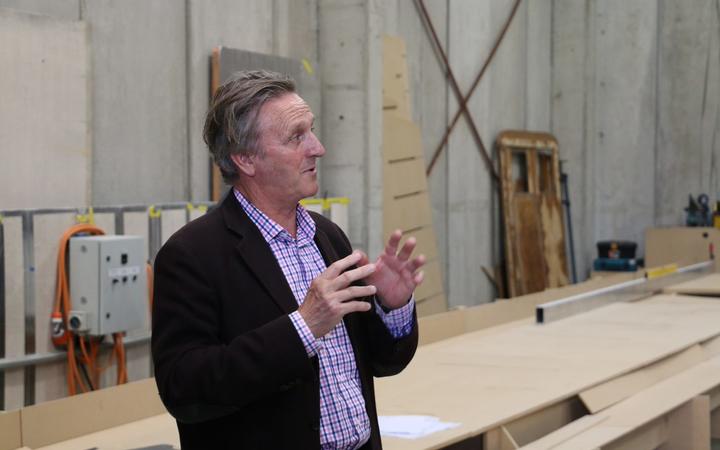 The Electric Boat Building Company's managing director, Fraser Foote, said it was one of the most intense projects he had ever done.

"Every part of the boat is weighed - it's vital that we get the weight of everything correct or underweight so that the boat has the least resistance curve possible and goes as fast as possible for as long as possible."

To that end, they were making extensive use of carbon fibre, which is 11 times stronger than steel but just a fraction of the weight, he said.

There had also been some wins - such as the wipers and the machines that run them coming in 15kg lighter than the expected 30kg, he said.

All that means the boat can go further on a single charge of the 5.5 tonnes of lithium-ion batteries onboard, boasting 500kWh.

The batteries would power two 300kW electric motors, with a phenomenal 6000NM of torque, he said.

The ferry was expected to cost about $4 million to build but would slash the company's fuel bill, Mr Foote said. 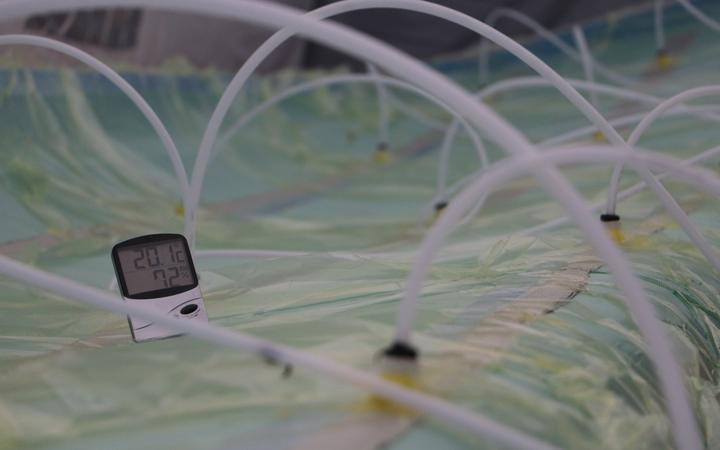 "We estimate the fuel savings for this boat at around $250,000 a year against the diesel counterpart, and about $50,000 in maintenance savings," he said.

He said the project had piqued local and international interest.

"Nothing confirmed yet, I've just spent a week in the South Island talking to three or four potential clients down there. Everyone's really interested - just the fuel savings alone and obviously the eco-friendly, zero-emissions [aspect]," he said.

Philippe Vangeel from the European Association for E-Mobility, AVERE, has been visiting the yard. 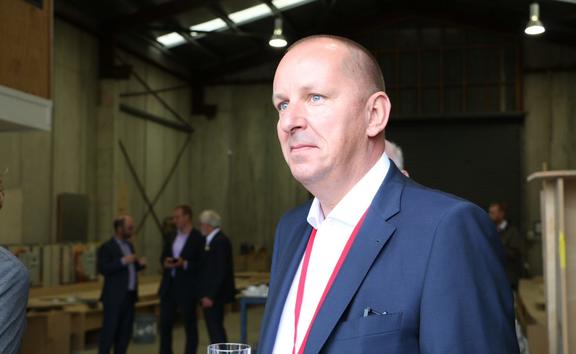 He said such projects were important steps to reducing the country's dependence on fossil fuels for all types of transport.

"That is the big goal - make everything as energy efficient as maximum, as possible," he said.

KiwiRail was looking for a modern, low-emission power source when it replaces the Interislander ferry fleet, by 2024.

The new ships should last 30 years or more, and KiwiRail said it was in the early stages of the procurement process for the new ferries.

"Key considerations for the new ships are to have the lowest practicable environmental impacts including emissions and to comply with the low wake energy rule when transiting the Marlborough Sound at the service speed," a spokesperson wrote.

Its key considerations are for them to have the lowest practicable environmental impacts, including its emissions.

Mr Vangeel said the first ocean-going electric ferries were now operating in Europe, and that was achievable here, too.

"If it's achievable on the other side of the world, there's absolutely no difference or reason why [it wouldn't work in New Zealand]," he said.

The new harbour ferry will enter service next year but despite long term savings, the ferry company says ticket prices are unlikely to come down any time soon.