Controversial medicinal cannabis supplier Rose Renton is stepping down from the role of being a national "green fairy". 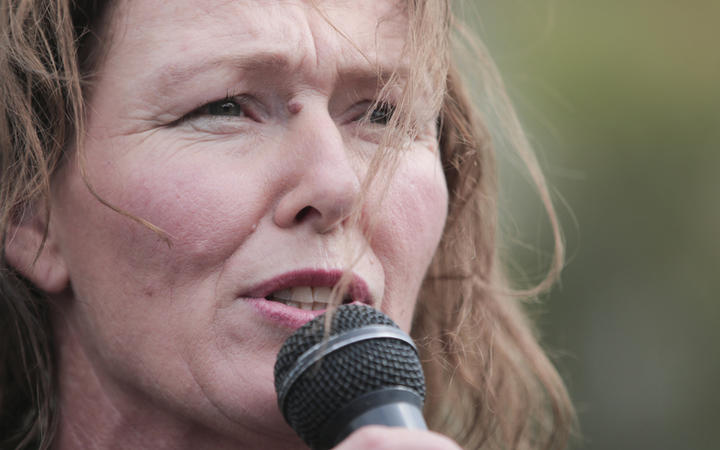 In February this year Ms Renton was discharged without conviction on charges of cultivating 58 marijuana plants, after a judge ruled a conviction could stop her becoming a supplier of medicinal cannabis.

Her campaign followed the death of her son Alex in 2015, for whom she had fought for the right to treat with cannabis products.

Ms Renton said she could no longer "carry the burden of those who are suffering".

"These are my final weeks of being a National Green Fairy. Carrying the burden of those who suffer has become too heavy ... the weight grows daily," Ms Renton posted on Facebook.

She intended to return to a life that was hers and her children's and no longer make or supply medicinal cannabis.

She advised people to grow their own medicinal cannabis, or find a local fairy nearby to help.

Ms Renton's lawyer, Sue Grey, said it had all taken a toll.

"She is absolutely exhausted from trying to help people, to educate them on medicinal cannabis, and help people to arrange medicine that's safe and affordable," Ms Grey said.

"She just sees no end to the challenges."

While it was useful the government was taking steps to allow cultivation and manufacture of medicinal cannabis, it was likely to be hugely expensive, Ms Grey said.

"The entry costs will make it impossible for any of the smaller green fairies to really get involved in the new system."

She said the prospect of years in jail on the multiple cultivation charges had been very stressful for Ms Renton.

"One of those was 14 years in prison for helping sick people. You can't underestimate the stress involved in that."

Ms Grey said Ms Renton had also suffered from the loss of her son.

"Rose is always trying to be positive and focused, and I know she feels that Alex sitting on her shoulder ... she's done this for him, but everybody has their limits over how long they can keep fighting."

The Ministry of Health is currently developing a scheme that would enable domestic commercial cultivation and manufacture of medicinal cannabis, after public consultation on proposals for regulations between July and August this year.

Regulations are expected to be announced by the middle of next month, with a Medicinal Cannabis Scheme to be operational in the first quarter of 2020.