Heritage New Zealand is considering giving the land at Ihumātao the highest level of heritage recognition, but it won't change the consent for the Fletcher housing development. 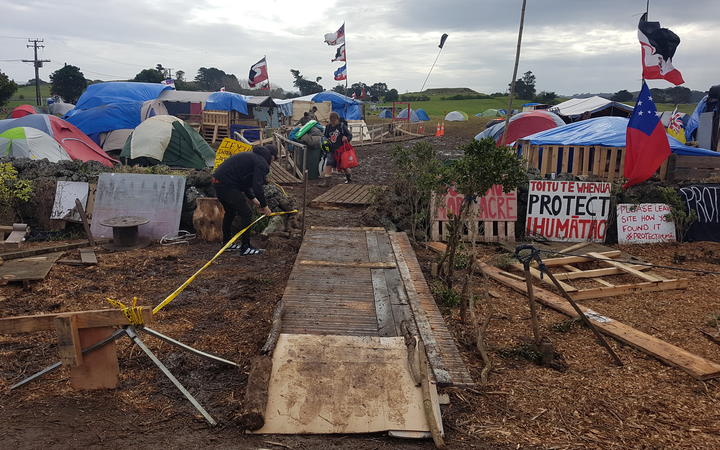 Among the reasons for the proposed change in heritage status were the high archaeological value of Ihumātao. Photo: RNZ / Jordan Bond

It is part of a proposal to raise the heritage status of the Ōtuataua Stonefields reserve on the New Zealand Heritage List to Category 1 and to expand the borders to include the disputed land at Ihumātao.

The land at Ihumātao is at the centre of an over 100-day occupation to stop a Fletcher housing development.

Heritage New Zealand's review followed applications from three members of the public in 2017.

The assessment takes into account a wider range of criteria than was used to make Ōtuataua Stonefields a Category 2 heritage site in 1991, which was based on old legislation.

Heritage New Zealand chief executive Andrew Coleman said: "Pleasingly, in 2014 the considerations for heritage became much broader and it allowed us to undertake a deeper review in effect of the information related to spiritual cultural traditional significance of this land which we think has warranted it being increased from a Category 2 to a Category 1 heritage place."

Among the reasons for the proposed change in heritage status were the high archaeological value of the area, showing the changes in pre-European Māori horticulture to dairy farming in the late 19th century.

It also had high historic value as a site of early occupation by Māori, and strong significance linked to identity and belonging, especially for tangata whenua.

"In the original listing, there are caving systems that exist in the current historic reserve," Mr Coleman said.

"Those caving systems go underground obviously and some of that caving system does go into the land, which is Fletchers land as we know it today, along with the Wallace original farmstead ... so there's a number of factors as to why the land is being included, or recommended to be extended."

Mr Coleman agreed the finding backed up protesters' arguments about the significance of the site. "It is a deep, deep rich cultural and traditional significance to New Zealand and to Māori," he told Morning Report.

Even if the heritage status did change, it wouldn't "alter the status of the special housing area or any existing resource consent on that land", Mr Coleman said. 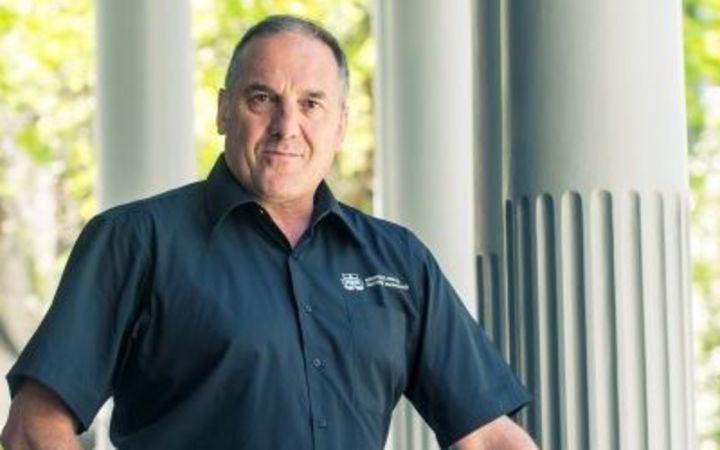 "What it does do - many a time you've heard that this land is significant and they're talking from their own personal perceptions, and reflections [and] this work allows us as an organisation to say actually, we deem it to be now significant in heritage terms and we think the evidence that's been collated together and reviewed, and forms part of this report, gives us that justification."

The proposal was for an extensive expansion of the listed area to include land around Ihumātao, land owned by Fletchers, and an area going out to the boundary of the Manukau Harbour.

The New Zealand Heritage List informs owners about historic places, and wāhi tapu for the purposes of the Resource Management Act.

Local councils have the final say over the level of protection, depending on how they schedule it in their district plans.

Public submissions on the proposal are open until 29 November, after which the Heritage New Zealand Māori Heritage Council and Board will make a final decision. 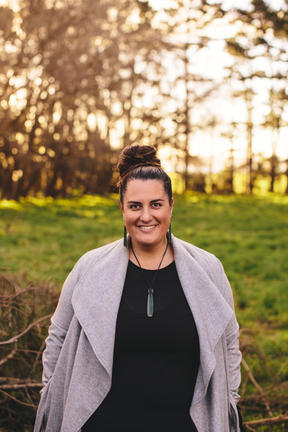 The protest group leading the occupation at Ihumātao, Save Our Unique Landscape (SOUL), said that while it didn't resolve their battle to stop the housing development, it did confirm what they been saying all along.

SOUL spokesperson Qiane Matata-Sipu said: "[It] at least acknowledges the hugely important and significant history that all of Ihumātao has and has held for many, many generations that our tūpuna have always said is important, and it hasn't been recognised at this level."

The heritage proposal sent another clear message to the government that the land was too important to let 480 houses be built on it, she said.

"It should be continuing the pressure on the government that you cannot ignore this issue - we have a consensus amongst mana whenua, we have the Kingiitanga who have stepped in to help with that consensus, and to put forward that proposed resolution to have the whenua returned, and so this only continues to prove in a number of different ways that this whenua is far more important than what it was given [for]."

SOUL needed to have more discussions about what bearing the exact details fo the proposal would have on their campaign, she said.