Christchurch's deputy mayor will not run for parliament, but admits he gave it some considerable thought. 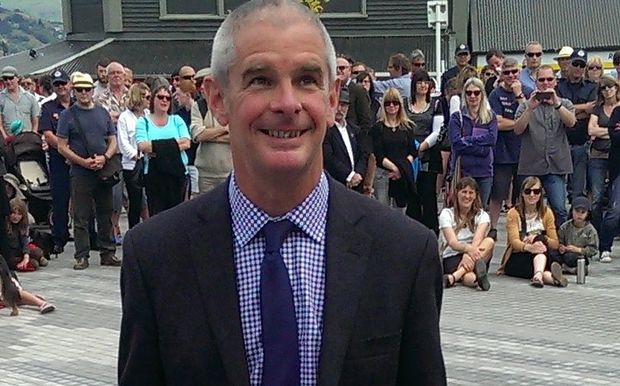 Andrew Turner said he "seriously considered" running for the Port Hills electorate, which is being vacated by long-serving Labour MP Ruth Dyson.

Mr Turner said after being re-elected for the city council and appointed deputy mayor last month, he decided to remain in local government.

"My commitment is to the people of Banks Peninsula who put me in the position of their councillor at the last election, and obviously focus on the whole city as deputy mayor," he said.

Mr Turner did not rule out running for parliament in the future.

But the Labour Party's senior vice president Tracey McLellan has confirmed that she has put her hand up to represent the party in Port Hills.

Dr McLellan said she has big shoes to fill in the shape of Ms Dyson, but she is ready for the challenge.

She said she is against four people within the party who have nominated, but would not confirm the other candidates.

Dr McLellan said the party will formally announce a candidate later this month.

Meanwhile in the Selwyn electorate, the National Party will announce its candidate to replace outgoing MP Amy Adams on Sunday.

So far former Selwyn District councillor Craig Watson has confirmed he is putting his hand up for the role, but would not comment further.

The selection process is being headed by Canterbury Regional councillor and National Party member John Sunckell.

Mr Sunckell would not confirm who else is standing, but said all will be revealed after Sunday's selection meeting in the town of West Melton.